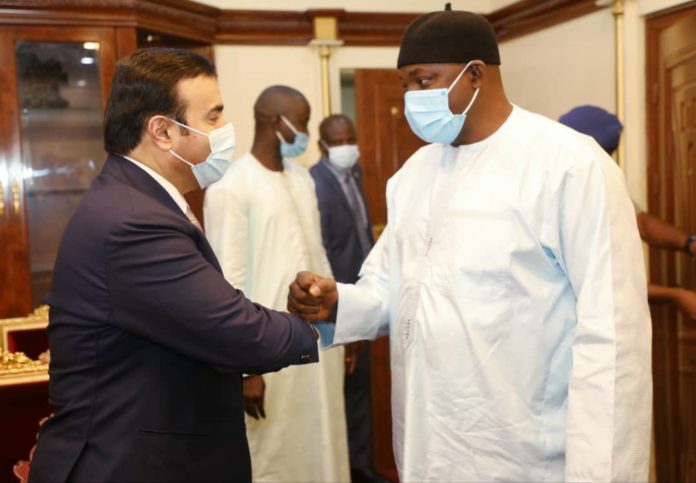 General Nasser Al Raisi told the Press that his visit was to express his appreciation to the President and the Government of The Gambia for the support accorded to him as the official candidate for the UAE vying for President of Interpol in 2022.

Dr Al Raisi is an expert in forensics, management and international anti-crime coordination. The General said that his discussions with the President centred on “shared priorities for international security and policing, especially the critical role of Interpol in supporting regional policing efforts”. He added that discussions included fostering cooperation between The Gambia and the UAE in infrastructure and diplomacy.

General Al Raisi highlighted that the partnership between the two countries would help strengthen peace and security in The Gambia and beyond its borders.

He thanked the President for the warm reception accorded to him and his delegation while also expressing similar sentiments towards his counterpart, the Minister of Interior Honourable Yankuba Sonko and the Inspector General of Police Abdoulie Sanyang.