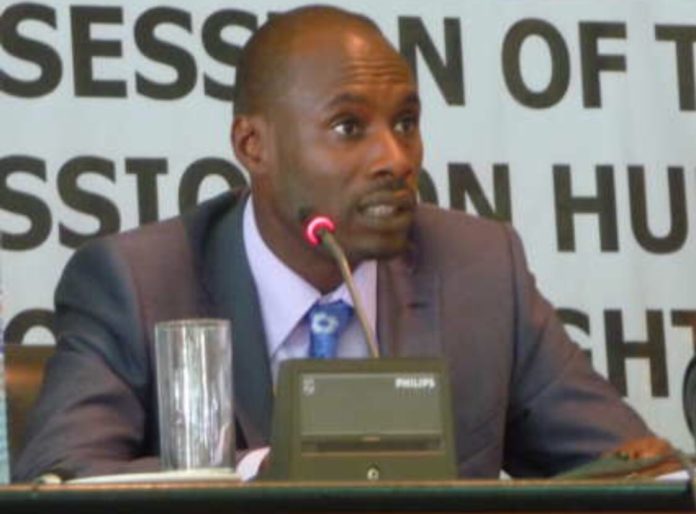 The TRRC is an investigation into the human rights violations and abuses which occurred in the 22 years rule of former president Yahya Jammeh.

The NIA headquarters has been identified as one of the places allegedly used by the former president to detain, torture and even kill his opponents.

The TRRC during its Friday visit toured the famous Bambadinka cell, an interrogation room, two investigation cells, a staff clinic and 10 round hooks detached from a wall in a room and a metal table bed.

Upon arrival, Ousman Sowe, director general of Intelligence welcomed the officials of the commission and produced some pictures of the old structures prior to his appointment two years back.

He described the visit as significant while assuring the support of his institution to the commission, adding that the success of the commission will be historic in the history of the county.

“The TRRC will be a turning page; it will be a coach to this country where it was to where it is going” adding no more excess was an operational guidelines,” he said.

Mr. Sowe, who has been working for the intelligent for 24 years, said so many rehabilitation and reformation have taken place since he took the helm of leadership at SIS, adding the focus the SIS is on national intelligence.

Former head of investigation at the defunct NIA, Sowe said part of rehabilitating and transforming the headquarters was the unfit environment for official duties and that they wanted to put off anything that was against human rights violation to have occurred.

Lamin J Sise, lead commissioner said: “previous intelligences were mentioned during the testimonies by the witnesses and we want to know that, educate and familiarizes ourselves and see what happens. We want to mean our words.”

Lead counsel Essa Faal, urged officials of SIS to halt rehabilitating and transformation structures of the SIS premises in the interest of the commission and investigation that may be carried out.

Meanwhile, the commission requested an inventory of evidence in both documentary record and equipment allegedly used on witnesses.