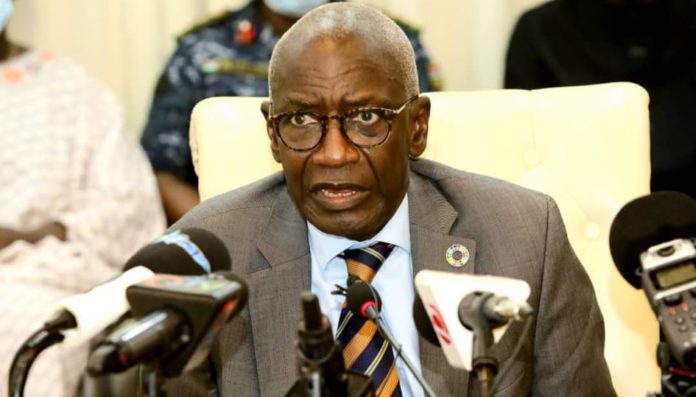 The highly anticipated TRRC report was submitted to President Adama Barrow on Thursday amid warning from the chairman of the investigation forgiving and forgetting the heinous crimes perpetrated under former President Yahya Jammeh will not only undermine reconciliation but will also constitute a massive and egregious cover-up of the crimes narrated by the witnesses.

Chairman Lamin J Sise and his commissioners faced reporters shortly after the submission of the TRRC’s report to the president telling them The Gambia cannot go through ‘Maslaha’ syndrome or letting people do what they want and to ignore these gross violations.

“To forgive and forget with impunity the violations and abuses narrated by witnesses to the Commission would not only undermine reconciliation but also constitute a massive egregious cover-up of the crimes committed. Not addressing these crimes could threaten, in the long term, the stability of our country and society. The individuals involved in perpetrating the violations and abuses must be held accountable for their actions,” Dr Sise insisted.

Dr. Sise emphasized, Gambia cannot afford to tolerate or ignore the crimes perpetrated during Jammeh’s 22-year reign because the country cannot survive their being repeated.

“The violation and abuses of human rights that the National Assembly Mandated us to do investigate were, from the testimonies of witnesses, so calculated and wicked that the Gambia, to paraphrase the words of Justice Robert Jackson at the Nuremberg Trials in November 1945 ‘cannot tolerate their being ignored, because it cannot survive their being repeated’,” Dr Sise said.

The Truth Reconciliation and Reparations Commission was launched by the Gambia government in 2018. The principal purpose of the commission was to investigate alleged human rights violations perpetrated under the 22-year rule of former President Yahya Jammeh.

Thursday’s submitted report to the Gambian leader contains the finding of the commission and recommendations concerning the reforms and other measures needed to achieve the objective of the Commission.

Gambians in Europe call on government to take action over incident...

Ministry of health announces relocation of accident and emergency unit of...