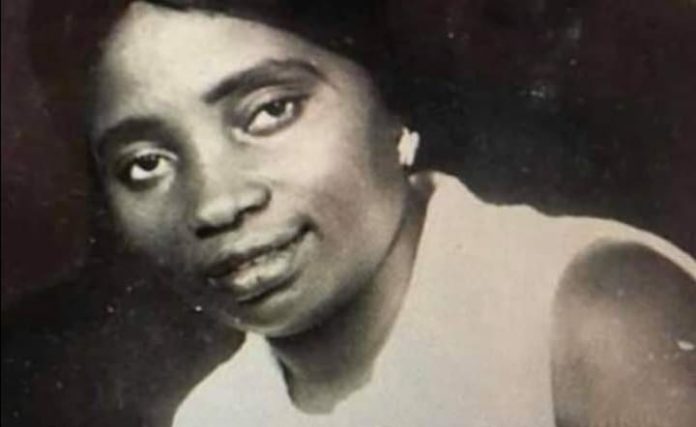 The Mother of Library in The Gambia is Gone!

Aunty Sally P.C Njie died this week at the ripe age of 88. She was the pioneer staff of The Gambia National Library when it was founded in 1963, a few months after the closure of the British Council in Bathurst. Hitherto, the British Council Library served as the only reference and lending library facility in the country. Her demise offers us an opportunity to go down memory lane and retrace the development of public library service in The Gambia.
It was Bishop Daley of the Anglican Mission who opened the first public library facility in Bathurst in 1945. Before then the few educated elite had always moaned in the pages of the Bathurst Press that the absence of a public reading facility was indeed a shame which needed to be remedied. Although Bishop Daley’s library was mainly ecclesiastical, it whetted the appetite of local readers such that in 1946, the British Council opened its Library and Reading Room along Clifton Road(Independence Drive), where the National Museum is now located. Ms Njie was among the first Gambian staff at the British Council Library.

In 1955, she was sent to study Library Science at the Gold Coast(Ghana), and in 1957 she returned home a qualified librarian. Subsequently, her keenness and determination was requited with a yearlong internship at the Ghana Library Board. She studied in the UK to become a Chartered Librarian.

In 1962, the British Council told the P.S Njie’s Government that it was closing its operations in The Gambia. Despite Chief Minister Njie flying to London to argue against this decision, the Council shut its operations in 1963, but handed over its library collection of 5000 volumes to The Gambia Government. The debate raged as to what to do with the books: distribute them to school libraries or establish a National Library. Ms Njie managed to convince Premier Jawara that the latter option was more dignified of a country.

She was asked to become Librarian. She worked alone for there were no other qualified Librarians in the country. Also, no resources were allocated to the nascent library. But by dint of hard work and foresight, Ms Njie built the National Library into a formidable instrument for national development.

For example, by 1970, the Library had over 7000 books and lent 4000 books annually. Soon, she operated a mobile library service that took reading material to all parts of the country. Moreover, she established the Gambiana Section where she deposited every material published about The Gambia. This section still exists, and it is most useful to researchers.

However, Ms Njie greatest legacy was how she successfully built up a cadre of Gambian librarians. She started by training school librarians, and later some of them were recruited into The Gambia National Library staff. Ms Njie insisted that each trained school librarians, mostly teachers, must returned back to their school with a Reading Cupboard full of interesting books which he/she could lend out to pupils or use in the Reading class sessions.

With support of the British Government, The Gambia National Library was moved to a more spacious site along Reg Pye Lane in Banjul in 1976. Ms Njie became The Gambia First Chief Librarian and remained so until her retirement in 1987.

But prior to her retirement, she had published widely. In 1979, for example, she published the first ever edition of Who’s Who The Gambia. This is a biographical dictionary of prominent Gambians in all spheres of life. In 2016, I worked with James Abraham and Alhaji A.M Sering-Secka on an updated version of Who’s Who The Gambia, published by Toplink Print. To her scholarly credit also, Ms Njie annually published a Bibliography of The Gambia, which listed all published material on the country to serve as reference guide to researchers. In later years, Professor David Gamble expanded the Bibliography and continued to publish it.

On 30 May 2005, I met Ms Njie at her modest house off Garba Jahumpa Road for an interview on her life for my book titled Gambian Women: An Introductory History(Fulladu Publishers, 2007). She told me the contours of her life from her days at the Methodist Girls High School, and her sojourn as a staff of the Post Office in the 1950s. She also told me how as one of the first Gambian women to drive a car, how when she took books to the villages, crowds will turn up to see if it was indeed true that there was a woman who could drive a car. ‘Driving my new Landrover through Gambian villages in the 1950s and 1960s, I realized that I was breaking stereotypes of women not being able to do certain tasks..’, she told me then.

Another thing she told me was how came she spoke such impeccable English. Once over the telephone, I asked her where she got her perfect British Accent. Ms Njie laughed and told me at school in those days they learnt Greek and Latin, and did Pronunciation as a subject as they did Hand writing. ‘But you know, I also spent many years in England as a student and on holidays’.

Ms Njie was an accomplished Gambian woman. She built singlehandedly, from scratch, one of the most important institutions in our Republic, our National Library, the depository of our knowledge production and the fulcrum of our knowledge consumption. She was modest, intelligent and keen in the production, distribution and consumption of knowledge in The Gambia.