TFN Heroes Awards: Awards Committee officials face reporters days after a bruising nomination phase that ended with the shortlisting of 43 candidates of individuals and organisations 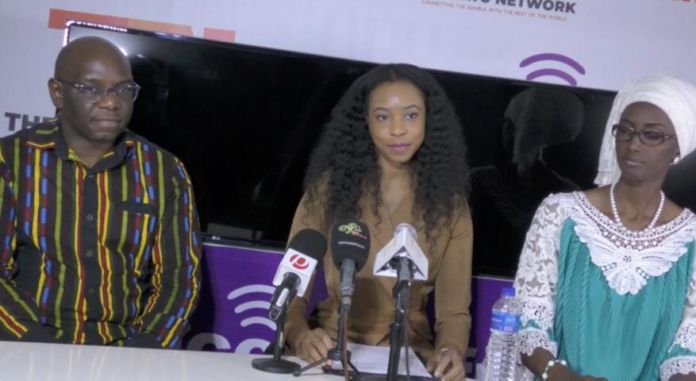 The vice chairperson of the Awards Committee of The Fatu Network Heroes Awards said on Saturday her committee was looking for people who best fit the criteria for the various categories that are up for grabs.

“I don’t believe we have any politician but we weren’t looking for politicians. We were looking for people that best fit the criteria,” Neneh Cham told reporters at a press conference held at The Fatu Network offices on Kairaba Avenue.

The TFN Heroes Awards is established by The Fatu Network, the leading online news provider in The Gambia with the aim of recognizing and celebrating Gambians who have offered invaluable service to the country and to their communities.

The committee shortlisted 43 candidates of individuals and organisations for the 2019 Awards out of 1527 entries, the chairperson of the committee Fatou Amirah Mambouray had earlier said.

Pastor Forbes a member of the committee on how the candidates were nominated said there was a list of criteria put out which was specific for each category.

“Fortunately a lot of people answered according to the category requirements,” he said.

The general public would now have the opportunity to vote the nominees of their choice from Monday, 24 February to Sunday, 8 March, 2020 via Africell text message and the Awards online platform (tfnheroes.com).

Share
Facebook
Twitter
WhatsApp
Linkedin
Viber
Previous articleSabally harps on positive use of technology
Next articleThey finally have their man: Buba Drammeh who allegedly murdered Buba Jammeh by shooting him from point-blank range is arrested by police after a manhunt that lasted nearly a year