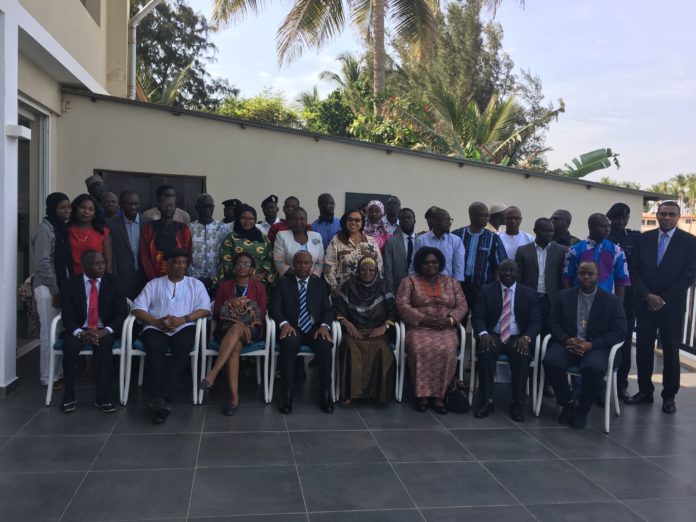 Stakeholders in the transitional justice process to the country have started a two-day forum aimed at finding a common understanding of the process.

The forum dubbed, ‘Inter-institutions Dialogue on Design, Process, Challenges and Opportunities of the Transitional Justice Process to The Gambia’, also seeks to develop cooperation between the TRRC and other institutions for the realization of a “participatory, inclusive, transparent, accountable, gender based and conflict sensitive transitional justice process.”

The forum is organized by the Africa and West Asia Programme of International Institute for Democracy and Electoral Assistance and partners such as the Department of Political Affairs of African Union Commission and the Ministry of Justice. The conference is being held at Sunset Beach Hotel in Kotu.

Dr Maurice Engueleguele, senior programme officer at AWA IDEA, told participants at the opening of the forum on Thursday that the meeting was meant to set a consensus building platform for and between institutions involved in the country’s transitional justice process.

“From International IDEA’s experience and practice, this cannot also be a one-shot initiative. It must be repeated regularly to keep alive the consensus created and try to find common solutions to difficulties that will inevitably come after the first hearings [of the TRRC] and as the process will go ahead,” he said.

Hussein Thomasi the special advisor to the Minister of Justice said the conference was to mobilise support for the Truth, Reconciliation and Reparation Commission.

“As the TRRC vice chair has said, the nation needs healing and reconciliation. We must address the concerns of the victims and most significantly provide guarantees so that such barbaric acts never happen again in our country,” he said.

Meanwhile the over 40 participants at the IDEA conference were drawn from state institutions and agencies, the national assembly, political parties and civil society.