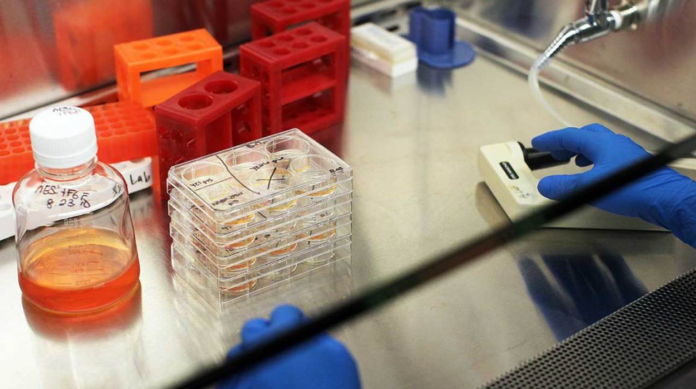 For the first time in over 20 years the world has awoken to a new sickle cell treatment, the National Health Service (NHS) England has revealed. The treatment NHS says will help keep thousands of people out of hospital over the next three years.

Sickle cell disease is a serious and lifelong health condition, although treatment can help manage many of the symptoms.

People with the condition endure severe pain during a ‘sickle cell crisis’ that can occur multiple times per year, often requiring hospital admission so they can be given morphine to control the pain and prevent organ failure which can be fatal.

Known as Crizanlizumab, the new drug will be delivered by a transfusion drip and works by binding to a protein in the blood cells to prevent the restriction of blood and oxygen supply that lead to a sickle cell crisis.

Announcing the new treatment, Amanda Pritchard, NHS Chief Executive, said the drug deal, struck by the NHS, would help thousands of people over the next three years to have a much better quality of life.

Patients with sickle cell suffer from monthly episodes, making it difficult for them to continue in their jobs or other everyday activities.

The hereditary condition is much more prevalent among people of African or African-Caribbean origin.

According to Amanda Pritchard NHS Chief Executive, “This is a historic moment for people with sickle cell disease who will be given their first new treatment in over two decades. This revolutionary treatment will help to save lives, allow patients to have a better quality of life and reduce trips to the hospital for A&E by almost half.”

This announcement paves the way for the National Institute for Health and Care Excellence (NICE) to publish final guidance on Crizanlizumab which will take into consideration the data that will be collected as part of the agreement.

People aged 16 and over who suffer from multiple sickle cell crises, or vaso-occlusive crises as they are scientifically known, per year will be eligible for the treatment.

The NHS agreed on a deal to make Crizanlizumab available for patients earlier than would have otherwise been possible at a price that is fair for taxpayers.

It is the latest in a line of deals secured by the NHS, including a new cholesterol-busting jab and lung cancer drug last month as well as the world’s most expensive drug which treats spinal muscular atrophy in infants, earlier in the year.

Health and Social Care Secretary Sajid Javid said: “It is fantastic news that this ground-breaking new treatment for sickle cell disease will soon be available in England where it will make a difference to thousands of people’s lives.