SAFFIYA JOOF – OPINION: Keep It Intact, Virgin Girls – Why men must be encouraged to marry a virgin 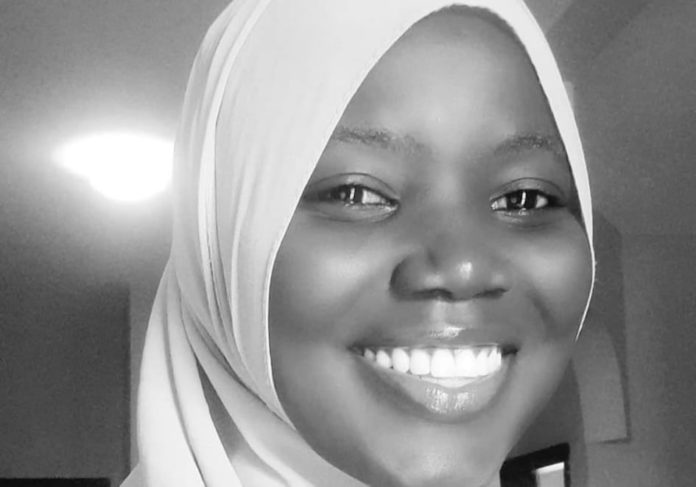 We have to be careful of how we redeemed.

To reaffirm our faith and lower our google lenses, the earth is wonderful with its virtuous moments and lessons. But the most beautiful part of it is a virtuous woman. Base on culture and traditions, it shall be deemed necessary, but Islam raises the flag of a virgin girl completely sacred and different from a none virgin girl. Men should look at the woman that they would marry suitably. I’m not saying a woman that has gone through pains and some other circumstance that would lead her to lose her virginity. I am not saying a woman who was forcefully raped and her honors being played. But it’s important for our girls, mothers especially, never seize to put an account for their girls to keep themselves. Once that virginity is given out for free of charge without a bride price, his respect for you has gone. Yes!, at times the temptation can be very high but that shouldn’t warrant you to give it to him for free. Yes!, he would ask you to prove, his requesting the same from other women, don’t trust that process, resistance is the key.

He would be satisfied at that moment but you can’t satisfy his sexual desires at all times. If you are his worldly favorites, he would instead marry you before breaking that smooth previous wall that Allah blessed you with. Imagine how many guys would come into our lives and we find fault in them and later gave our back to them, now think of it if all those guys were doing their usual entries without paying a bride price. A man would never respect what he had for free, there is wisdom why the prophet advised to quickly get married rather than fornicate with him. If he can’t do his duties as prescribed with the time frame you gave him, please sister let him go. Prove your love to him after the nikah.

Preserving the Chastity has become one of many identities and symbols in Islam. No matter how the world has changed today, Islamic views on virginity have never changed Thus, virginity was considered as a strong sign of chastity that the Prophet (peace be upon him) recommended marrying a virgin. I heard some people talking about being a virgin doesn’t determine a good wife, and I asked similar questions then there is no need to look for a Deenful woman. There is wisdom why the Prophet advises us to choose among the criteria for women that have Deen and are virgins. Deen entails everything that one hopes to foresee in a woman. That woman would entail shyness, good moral behaviors, attitudes wise, and above all being obedient because she is with the consciousness of Allah and her religion. She would do everything to preserve that chastity solely for her husband to get the reward of Allah and there is a special trust and honor built between the two of them. If a man wishes to marry a nonvirgin that’s his choice but it shouldn’t make us give ours out of love. With my observation of today’s generation, some would tell you that’s not a problem for men but I am saying, men are tricky and their desires are very high, to be on the safe side keep it as Allah’s Prophet Advised.

It is reported in Sunan Ibn Maja and my oustass further explains to me, that the Messenger of Allah (S.A.W.) said, “Marry virgins, for they are sweeter mouthed, have more children, and more easily satisfied.” There is another hadith too that strongly endorsed it. It is reported that `A’isha (R.A) said, “O Messenger of Allah, do you not see that if you descended into a valley in which there is a tree that has been eaten from and a tree that has not been eaten from, which would you stop your mount at? He said, ‘The one that has not been eaten from.’ She said, ‘I am that one.’ That is because the Messenger of Allah (S.A.W) did not marry a virgin except her. – Bukhari. If he tells you the world have moved from that concepts and believes, the views of your religion and your Prophet would never be changed. If he tells you that it’s not important anymore to him and that you can trust him for the none disclosed, tell him it’s important to you because you want Allah to reward you in the hereafter and you can’t afford to lose those blessings in exchange for only worldly pleasure.

“When those come to you who believe in Our Signs, say: Peace be on you! Your Lord had inscribed for Himself (the rule of) mercy. Verily if any of you did evil in ignorance, and after that repented and amended (his conduct), Lo! He is Oft-Forgiving, Most Merciful”. Yet this ayah is clearly stating that repentance doors are open and we can never relent to seek it from Allah. Those who lost their virginity before are among the chaste women but they are not equal with those who eventually married as virgins. That is why the Prophet s.a.w. said that paradise is guaranteed for any Muslim man who succeeds in raising his one daughter with sound morals till he marries them out. Our girls must be taught to value, cherish, and jealously guard their virginity till they get married. They must be made to know and understand the implication of carelessly losing their virginity and the importance of keeping it intact till they reach the maturity age of getting married so that they are not discriminated against in the future. Parents too must protect their girls from grown men that might likely abuse them. They must also be protected from sporting events and exercises that can lead them to that. No matter how much science has advanced today to seal it, the natural aspect of nature won’t be the same. It would also remove all forms of suspicions of immorality. Keep it intact till the wedding day. We as Muslims with good cultural background, that promotes the upright bringing of a female child, would continue to praise, encourage and respect women that preserve their virginity, and recommend it as the Prophet has advised us.

Marrying a virgin girl is considered and would continue to be a rule in our eyes, no matter how the generations have changed and would want our men to be very crucial in this aspect because it would create a generation that would at least reduce girls giving out their virginity before Nikah. May Allah bless us with a virgin woman and grant them tranquility and the best husband of their heart desires. If you are unable to keep yours intact, don’t discourage other girls. #Nakala.

As One Tests Positive for COVID-19 Gambian Delegation Stuck At Douala...

At least 3 Gambians including 2 Children Among 19 People Confirmed...