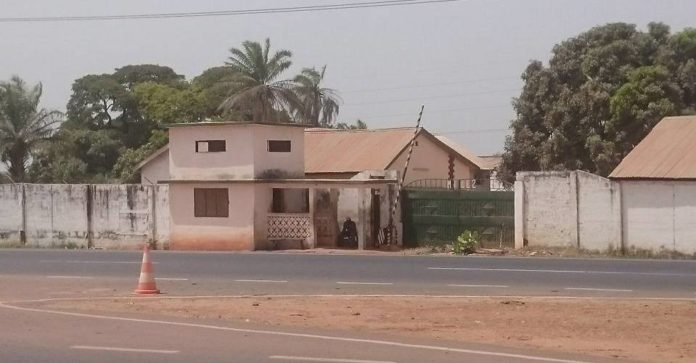 The remand prisoners, who reportedly protested against long years of detention without trial, were allegedly tortured by the prison guards at the Mile 2 Central prisons in Banjul.

“People were severely tortured and watered down like animals. Some of them sustained injuries and were not taken to hospital,” Abdou Jambar said.

Jambar added, “They are in critical conditions and needed urgent care.”

According to reliable sources within the State Central Prisons, many of the remand prisoners have been detained for more than 5 years without appearing before any competent court of law. Some of them were accused of murder, armed robbery and theft amongst other cases. They were reportedly detained at the Remand Wing of the Mile 2 Central prisons for many years without trial.

Despite, several attempts to meet the Justice Minister and Director General of Prison Services, the detainees reportedly took over the main gate keys of the Remand Wing and eleven cell keys to prevent the guards on duty from going home until their demands were met.

Abdou Jambar alleged that on the following day of the protest, prison officials started to arrest individuals including the former NIA Director General, Yankuba Badjie and Co who were taken to 24Hrs Confinement Cells accused of masterminding the protest. He added that the former NIA officials were not part of the protest but the prison authorities refused to give a fair hearing to them.

“The security came after the detainees the following day. They took them out and were tortured them seriously,” Jambar told The Fatu Network.

“There are still marks of bloodstains on the floor,” he added.

Prison sources told The Fatu Network that Confinement is a form of punishment for prisoners, saying the accused remand prisoners are detained at the confinement unit since September 4.

“The prison authorities are suppressing our rights and welfare regardless of being remand prisoners,” he said.

He complained about the Operations Commissioner on the ground who threatens to vandalise their properties and seized their food.

“This is contempt to their oath that doubted many of us whether the prisons authorities have any regard to the call for new Gambia,” Jambar stated.

Modou Lamin Ceesay, Prisons Spokesperson has denied the torture allegations but confirmed the transfer of prisoners to Confinement cells which he said the authorities have acted within the laws of the prison.

He adduced that the transfer was based on security reasons.

“As far as they are remanded by the court, we have the right to take them to Confinement or any place in the prisons for security reasons,” Prisons Spokesperson said.

It was put to him that the said detainees were remanded and not convicted prisoners but he maintained that they should be treated the same.

Meanwhile, it is also reported that the remand prisoners wanted to know why the former DG of Prisons, David Colley, PIU Officers in the Faraba killing and a Police Officer involved in the murder of Mauritanian Shopkeeper are not taken to remand despite them being charged with murder.