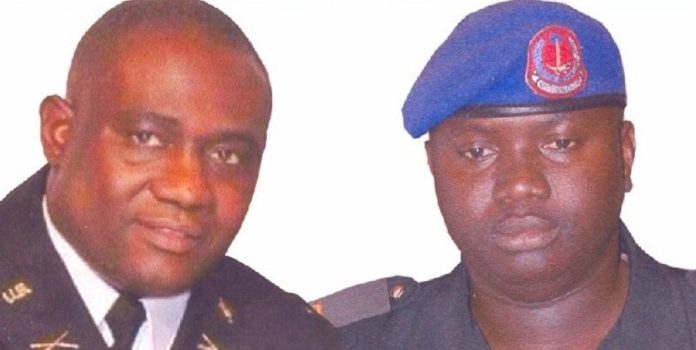 The Gambia government on Wednesday handed over the remains of three people who were killed while trying to topple the government of former President Yahya Jammeh four years ago.

Lieutenant Colonel Lamin Sanneh, Captain Njaga Jagne and Sergeant Alagie Jaja Nyass were part of a group of dissidents who launched on attack on State House on December, 30 2014. Their attempt to gain control of the compound was frustrated by men of the Gambia Armed Forces under the command of former army general Musa Savage.

The Gambia government in 2017 instituted an investigation into their death and their bodies were exhumed from a mass grave in Foni.

On Wednesday, families, friends and other mourners gathered at the Ministry of Justice in Banjul for the official hand-over of the bodies.

Speaking at the event, the Minister of Justice Abubacarr Tambadou said the ceremony “takes place in the context of the Gambia government transitional justice process [and] serves as a demonstration of our belief in upholding human dignity and the principles of basic human decency.”

“Every individual irrespective of their circumstances ought to be afforded a decent and befitting burial. Only through this can we restore their human dignity and provide closure for their families, friends and loved ones,” Mr Tambadou said.