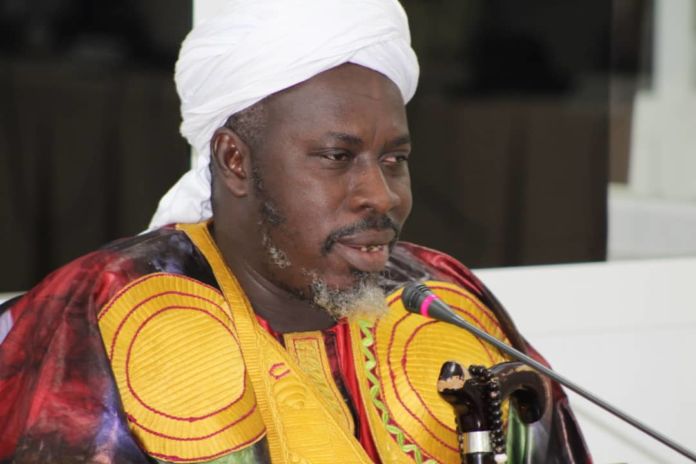 “Specifically, Imams Ba Kawsu Fofana and Sheikh Musa Boto Saidy have been trading insults, malicious innuendoes and threats that are worrisome, disappointing and totally inimical to our democratic and cultural values,” Mr Sankareh in a statement said.

He added: “Therefore, President Barrow wants to make it abundantly clear that his Government values the sanctity of human life and will not condone any person or persons seizing advantage of our new democracy to promote extremist violence in Gambian society. The feuding clerics are reminded that Islam is a peaceful religion that preaches tolerance and unity and should neither be abused nor hijacked to settle scores or weaponized to create chaos in our peaceful country. As learned scholars and revered religious leaders, both Imams Fofana and Saidy are reminded that their hostile verbal exchanges are offensive and terribly disappointing to the population as their incendiary audios trending in Social Media fall far short of society’s expectations.

“As a democratic country that values fundamental human freedoms, the rule of law and an independent Judiciary, the law courts are here to remedy both civil and criminal disputes. Let therefore, be no illusions, that no person, regardless of one’s religious or political standing in society is above the law. Openly threatening violence, death and destruction to fellow citizens is unlawful and shall not be condoned under any circumstances.

“No one, regardless of one’s political or religious influence or affiliation, has the right to threaten the peace and tranquillity of the country or undermine its national security. In the last week alone, Imams Fofana and Saidy’s vitriolic exchanges reached fever pitch with both hauling insults that could potentially cause a dramatic and catastrophic conflict among their followers. The President urges Imams Ba Kawsu Fofana and Sheikh Musa Saidy to nurture tolerance, amicably reconcile their personal differences and resolve to maintain good neighbourliness in the interest of peace and national harmony.”