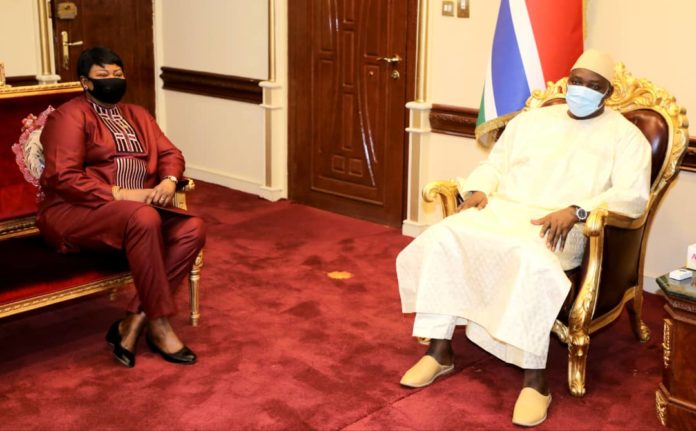 In a statement, State House said: “Ms Bensouda was at the Presidency to thank the government of The Gambia and President Adama Barrow in particular, for the support rendered during her tenure, particularly when she was sanctioned by the United States under the Trump administration.

“President Barrow congratulated Ms Bensouda for her outstanding leadership at the ICC and for projecting a positive image of The Gambia.

“Ms Fatou Bensouda commended the government of The Gambia among other nations for standing firmly by her for the unfair treatment by the Trump administration for merely doing her work.”

“The Gambia did not remain silent, they raised their voice and recently those sanctions have been lifted,” said Ms Bensouda, according to State House.

“She added that the audience with the President was also an opportunity for her to express words of gratitude to the President and the government, as well as update him on the transition process as her nine (9) years mandate as the ICC Prosecutor draws an end.

“The outgoing prosecutor also stated that The Gambia will continue to play its role and perform its duties, obligations and responsibilities as a state party to the Rome Statute,” State House added.