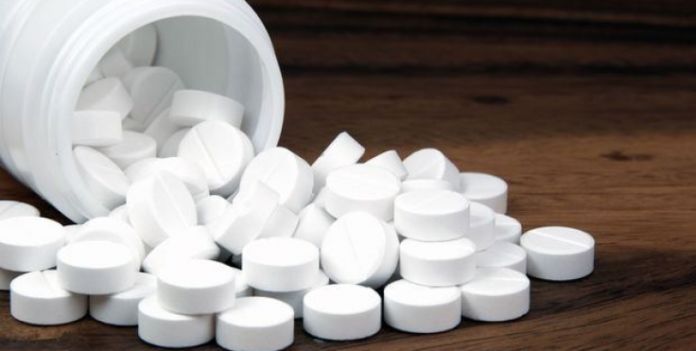 Women who take paracetamol while pregnant risk having children with behaviour problems, a study suggests.

Scientists found a link between expectant mothers using the painkiller and their youngsters being hyperactive and having emotional issues.

Paracetamol is the world’s most popular painkiller and is the only one deemed safe to take during pregnancy. But a growing body of research suggests it could damage the development of children in the womb, with studies linking it with asthma, infertility and autism.

In the latest research, carried out by the University of Bristol, scientists examined data from 14,000 children between the ages of six months and 11 years.

Using questionnaire and school information from Bristol’s ‘Children of the 90s’ study, the researchers analysed the results of the youngsters’ memory, IQ, temperament and behaviour tests. This was compared with data showing how frequently their mothers had taken paracetamol between 18 and 32 weeks of pregnancy.

The study found a ‘causal link’ between taking paracetamol and behavioural issues in children including hyperactivity and attention-deficit disorder.

The effects were strongest when the children were three years old, but had subsided when the youngsters finished primary school.

Boys appeared to be more susceptible than girls to the possible behavioural effects of the drug, the Paediatric and Perinatal Epidemiology journal reported.

The study prompted fresh warnings for pregnant women to use only the lowest possible dose of paracetamol for the shortest time.

Lead study author Professor Jean Golding said: ‘Our findings add to a series of results concerning evidence of the possible adverse effects of taking paracetamol during pregnancy such as issues with asthma or behaviour in the offspring. It reinforces the advice that women should be cautious when taking medication during pregnancy and to seek medical advice where necessary.’

Responding to the findings, Dr James Dear of the University of Edinburgh said: ‘At present, in my opinion, women should only use paracetamol in pregnancy if clearly needed. The lowest dose for the shortest time should be taken.’ But scientists added that there is evidence maternal infections and inflammation can adversely affect the foetal brain. This means it is possible that the reason for taking the paracetamol – rather than the medication itself – could be the cause of behavioural issues.

Andrew Whitelaw, emeritus professor of neonatal medicine at Bristol, said: ‘There is a possibility that, in some women, it is the reason for paracetamol, rather than the medication itself, which has affected the infant’s brain.’

Dr Pat O’Brien, of the Royal College of Obstetricians and Gynaecologists, said: ‘These results demonstrate only an association between paracetamol use and adverse outcomes.

‘More research is needed to determine the causation. Current advice is that paracetamol remains safe for use in the treatment of mild to moderate pain in women during pregnancy and breastfeeding.’ (DailyMail)