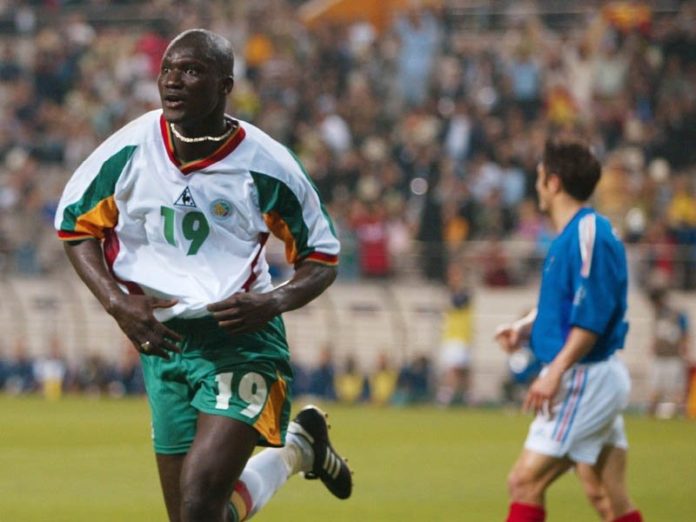 Former Senegal international Papa Bouba Diop has passed away following a long illness at the age of 42, Goal understands.

Diop was part of the Teranga Lions side that stunned reigning world champions France 1-0 in the opening match of the 2002 World Cup, scoring the only goal of the game to secure one of the biggest shocks in the history of the competition.

Senegal ultimately reached the quarter-final of the tournament, with Diop going on to score twice in the West Africans’ 3-3 group-stage draw with Uruguay before they were eventually eliminated by Turkey in the final eight.

He was the Lions’ top scorer at the tournament, and would end his international career with 65 caps, having featured at four Africa Cup of Nations tournaments, including when Senegal were defeated finalists in 2002.

The midfielder spent the best part of a decade in English football following his arrival at Fulham from Racing Club de Lens in 2004, going on to represent Portsmouth, West Ham United and Birmingham City before retiring in 2013.

He was a member of Harry Redknapp’s FA Cup-winning Pompey team who defeated Cardiff City 1-0 in the 2008 final, being introduced late on for Pedro Mendes in a match settled by Nwankwo Kanu’s 37th-minute goal.

ASC Diaraf graduate Diop was a Swiss champion during his early career with Grasshoppers, having broken into the professional game with Neuchatel Xamax, and then went on to feature for Lens, where he was a Ligue 1 runner-up in 2002.

After leaving Portsmouth, he won the Greek Cup during a brief stint with AEK Athens.

6’5 Diop was nicknamed ‘The Wardrobe’ during his career due to his height, aerial dominance and imposing presence in the midfield, and was once named by ex-Manchester United and England star Paul Scholes among his trickiest opponents.

He originally featured as a forward during his time in Switzerland, but was converted into a midfielder later in his career, and even featured in the heart of the defence on occasion.

Liberian Jails Run Out Of Food For Inmates