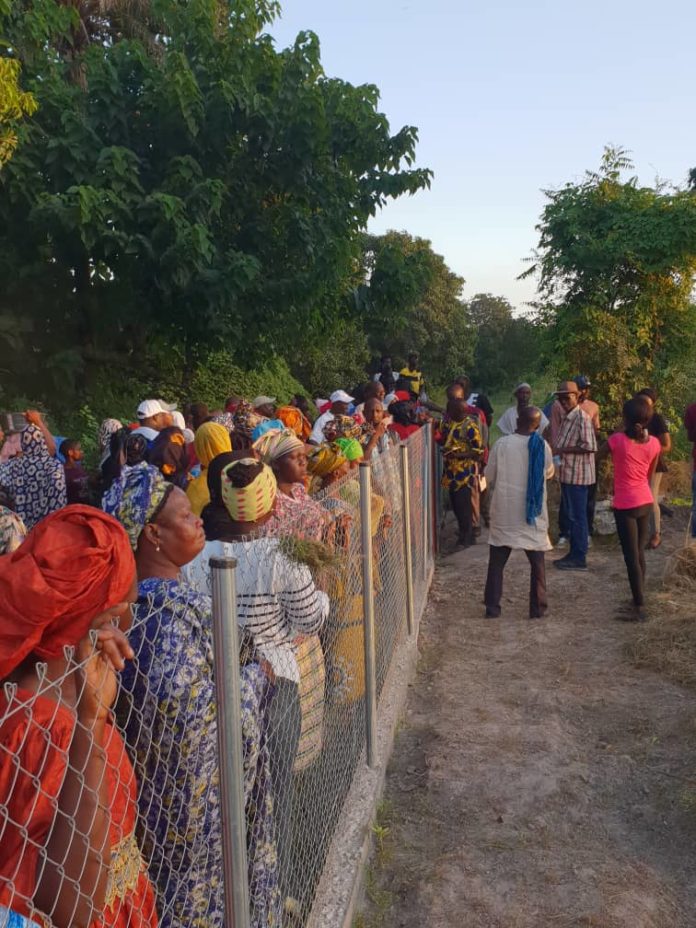 The President of President Barrow Youths for National Development, Ansu Singhateh, has assured of his movement’s commitment to the development of Gambian women.

Singhateh gave the assurance at the weekend during the commissioning of the newly fenced women horticultural garden in New Yundum.

President Barrow Youths for National Development has rolled out 120 new projects to be implemented in six months.

Mr Singhateh said the fencing of the New Yundum women horticultural garden was a “project among the so many projects that we are going to give to the communities because they’ve long been yearning for it.”

“I know most of them [women] their source of income is agriculture… I can assure them that President Barrow Youth for National Development will continue to work with Gambian women,” he said.

The secretary general of President Barrow Youth for National Development, Kebba Lang Fofana, said some two months ago the developmental unit at the organisation “came to visit the beneficiary community for a need assessment so that we would know the developmental gaps that existed in this particular community.”

“So when we arrived at this village, we realised that they have a very good land for gardening purposes but the area was not protected. So we felt the need to come and support the over 500 women that are benefiting from the garden,” he said.

According to Fofana, his organisation wants to foster social cohesion, integration and national development.

Fofana called on everyone to come to the organisation’s support with regard to funding as part of its national development drive.

The alkalo of New Yundum, Ousman Bojang, hailed President Barrow Youth for National Development for supporting women of his village, saying that they have been looking for this type of support for forty years.