The Fatu Network
Home Analysis & Comments On The Value of all Voices in Governance: Letter to my Friend
Facebook
Twitter
WhatsApp
Linkedin
Viber 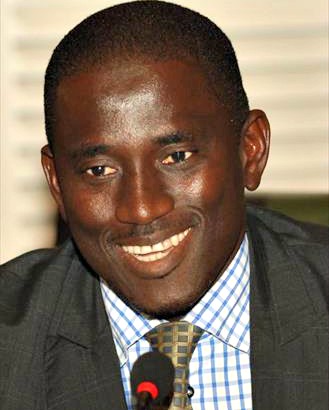 I salute you once again and send you my best wishes for bigger and brighter successes. It’s Friday November 23, and I have been invited as guest speaker at the official inauguration of the newly elected student government at the American International University West Africa (AIUWA). As you know, I am always excited to be on the podium to inspire the youths but today’s topic generated in me extra adrenaline since our new dispensation has witnessed the rise of strident voices hell bent on silencing any other ideas but theirs and those of their allies- call it the tyranny of the majority!

As I headed for the magnificent new edifice that is the campus of AIUWA, my excitement brought in memories of a triumphal song by the legendary Bubacarr Jammeh ‘sing koling-koling sing!’ And of course thinking of you, the segment of the lyrics where he sings ‘Gunjur Dabanani bee leng mbeh yankal la!’ Came to mind.

I arrived at the venue and was ushered into the Chancellor’s office where I was to be joined later by my co-speakers Honourable Halifa Sallah and Madi Jobarteh. Thereafter we went to the hall for the official event. Madi spoke first before I took the floor and I started off in Mandinka to the surprise of the audience before I settled with the Queen’s tongue. I told the audience of brilliant young students:

In a world that is constantly conspiring to silence the individual, especially those who dare to be different and original, it is important to emphasise the need for all voices to be heard in the governance process…

Does that mean that each voice must be heard and it’s views accepted and embraced by all; certainly not. But even if the minority voice is defeated in the polls, for instance, that voice becomes a checking instrument for any majority that has a conscience.

So I urge you to strive to make your voices heard in our governance process. And  for your voice to be heard you will need to take initiatives and apply efforts, sometimes vigorous effort for that matter as my personal experience would show…

When I started my hashtag #CantCageMe most people misconstrued that to mean, strictly, a battle against physical incarceration. But far beyond that, the urge to remain free and uncaged is more a psychological phenomenon than the lesser physical constraint that men fear more.

As The Gambia celebrated the ousting of a dictator, another kind of dictatorship emerged. A dictatorship of, not an individual, but a strident, virulent group that feels that any voice other than theirs and their allies ought to be silenced. What kind of democracy are we taking about here???

Am a free born, son of Sabah Kataba

You can’t cage me, don’t try this ‘kalaa’

In the midst of trial, even at Bambadinka

This dude rose up, to mind and spirit, the brighter

Connected with the ‘Alast’ and became the more freer

At the remand wing where spirits flutter

I brought a new form of laughter

A slate for the Quran and a joy for the prisoner

There they have a patented laughter

Thanks to this spirit that can never waver

And I have lived and continue to live this ethos. It is an existential battle of some sort.

And then I came up with another hashtag #RefuseTheLabels because one of the strategies of the oppressive voices is to label you in such terms that you might be psychologically defeated and cowered into submission especially in this twitter generation. So if your opinion is different from theirs they start calling you names like “controversial” “clueless”. Throw it back at them and embrace yet another hashtag I came up with #KanaSong…

Do not ever let them cower you into undue submission or undue negativity and depravity but remain resolute and make your voice heard with courage and determination. Be a nonconformist …

And since we are talking about the value of all voices in governance. Perhaps there never has been, in recent times, a better period to make sure your voice is heard than in this period of constitution building. Already the scales have been tipped in favour of the voices of some vested interests even as we trumpet the value of the voices of the majority…

I was shocked when I saw that the act for a new constitution already told our constitutional review commission what to do regarding just about the most important aspect of our lives as a God-loving people and nation. This is what they inserted in Section 6 (subsection 2(d).vi): (to safeguard and promote…) The Gambia’s continued existence as a secular State…

In fact there is an implicit problem of coherence/consistency in the act for section 6 (subsection 2(c) of the same act says this: “adhere to national values and ethos”

Where is this obsession with secularity coming from. I speak for no specific form of religion or worship within the framework of this paper/speech but what I know for sure is that Gambians are a religious people (Muslims and Christians), so that ethos must be in our constitution to respect the value of our voices as we craft our most important tools of governance…

My good friend, the foregoing was my submission on the very critical topic “The Value of all voices in Governance”.

After my speech, it was the Honourable Halifa Sallah’s turn to address the forum. And boy, he was not happy with my challenge of the notion of secularity in the constitution. The Honourable National Assembly Member did a tirade against my submission, but that is  going to be the subject of my subsequent missive. For now I bid you good bye; enjoy the weekend in your blessed state of Tennessee, the land of the rolling fields.

Yours, in nation building

Former Presidential Affairs Minister and Founder-President of the Sabally Leadership Academy (SLA), Momodou Sabally is a prolific author and poet.