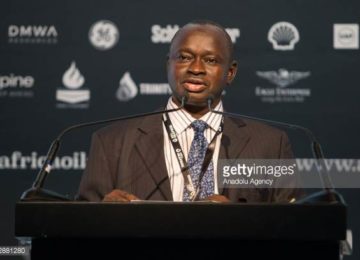 The Gambia government on Friday confirmed that the first FAR and Petronas offshore exploration has failed to make a discovery of oil and gas deposits in The Gambia.

According to the office of the president, “the oil and gas explorers drilled the wireline logging at Samo-1 up to the total depth of 3240 meters.”

The statement said: “The drilling, which took almost three weeks, between October and November this year, was without a success.   The offshore drilling started on the 22nd October to the 9th November 2018.

“The geological assessments of the drilled well have indicated the presence of all the key components of Hydrocarbons but the preliminary results of the drilling did not find any oil and gas deposits at this specific location, thereby indicating an unsuccessful well.”

The government also said on Friday that it has granted approval for a six-month extension to allow FAR and Petronas to do a thorough evaluation of the SAMO-1 results.

“The Ministry of Petroleum and Energy in collaboration with Gambia National Petroleum Company – GNPC, will continue to support FAR and its joint venture partners in their exploration efforts,” the statement by the presidency added.

‘Back Way’: 20 migrants die as smugglers throw 80 people in the sea from boat