Since the CRC handed over the Final Draft Constitution to Pres. Adama Barrow on March 30 many have held the view that the President is not barred from adding or subtracting anything from the document. Others contend that the National Assembly also has the authority to change the document because legislative power rests with the National Assembly. They claim NAMs have the power to change anything that comes before them.  This matter became a subject in the Paradise TV debate on the Final Draft few days ago where even Hon. Ya Kumba Jaiteh seemed to make the same claim. I disagree with this view based on the law.

Now that the CRC did its work of consulting Gambians at home and abroad and even had additional consultations with the Cabinet as well as with the National Assembly to also seek their opinions, it goes without saying that the Final Draft cannot therefore be changed by any institution, person or authority again. This Final Draft Constitution is the opinion of all Gambians for which no authority or person can or should touch it.  It must go straight to the people in a referendum to vote on it – Yes or No. Both the President and NAMs have one vote each like every other citizen to also vote in that referendum.

But the 1997 Constitution does not give power to the National Assembly to create a new constitution. That power to make a whole new constitution rests only with the people. This is because the constitution is the supreme law of the land that deals with the sovereignty of the people and also determines the legal and institutional regimes of a society among other things. For that matter there are provisions in a constitution that cannot be changed by any institution or person but by the people themselves through a referendum.

In other words, to facilitate the legal and political process to its logical conclusion all that the National Assembly could do is to receive the Final Draft and then invoke the necessary provisions in the 1997 Constitution to facilitate the holding of a referendum. 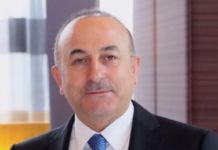 UNION WITH AFRICA IS NOW MORE ESSENTIAL THAN EVER