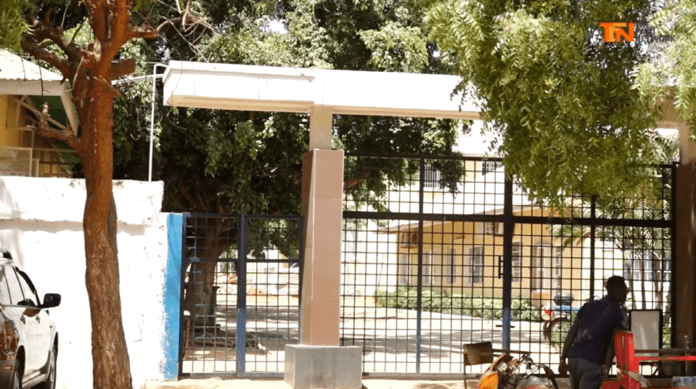 When news first emerged on social media that Marina International School has expelled a student over driving offences, many greeted it with pleasure. Thanks to the way in which the news is told, the whole nation could only applaud the school’s decision. But maybe, just maybe, it is time to think again.

It was 18:09 pm on February 1, 2019 when Kinneh Sillah Senghore received an email informing her that her son has been suspended. Baba, school authorities say in their email, was the architect of his own misfortune. They said Baba was 17 minutes ago caught operating a motor vehicle in school and they were left with no option but to answer his action with fire.

“To be honest with you, I was very mad with my son. Anyone who knows me knows that I’m someone who trains her kids well,” Kinneh says.

Young Baba was not home when his family learnt about his suspension. His mother tried to understand how on this very large earth her son could be suspended.

“I waited for him to return home,” Kinneh says.

Kinneh unloaded on young Baba as soon as he knocked on the family’s Bijilo house front door. Young Baba spent the next hour or so crying. He then walked up to his mother and asked if he could explain.

“I wanted an explanation on why he was suspended and after he finished explaining, I was not convinced,” Kinneh says.

Young Baba then approached his sister and aunt. His aunt, after listening to him, asked Kinneh to visit Marina to find out what really happened but Kinneh said she won’t. But four days later things took a new twist.

“I received my son’s suspension email on Friday and on Monday February 4, 2019 I got a called from Mrs Sonko who informed me that my son has been expelled,” Kinneh says.

“The woman told me there was a expulsion letter that I should come and pick. My sister went to school to pick up the letter. She first appealed to them to change their decision but they said no. She came home with the letter.”

Marina International School didn’t just stop at handing a letter to Young Baba’s family. It also called an emergency assembly where it named and shamed Baba. The unsuspecting students were made to believe Young Baba was like a terrorist. According to Kinneh, she discussed the issue with her daughter and her son.

“I discussed with my daughter about the expulsion who told me there was nothing that could warrant an expulsion,” Kinneh says.

“Muhammed told me it could be possible the school was using his case against Young Baba. Muhammed was involved in an incident at the school.”

Muhammed who attended Marina was ran over by a bicycle by another student who ended up being injured after falling from the bicycle. One would expect the teacher who witnessed the incident respond to it strictly as a school matter. She instead called the parents of the boy who came to the school and manhandled manhandled Muhammed.

Meanwhile, as Monday (the day the expulsion letter came) coursed down, Kinneh who was clearly not sure of what to do plumped for the needful. She met her lawyer.

“My son was with his cousin who gave him a ride to school when the purported incident happened,” she says.

“Before going to see my lawyer, I called him and asked him what happened on that day. He said my son didn’t do anything. That he wasn’t that careless to allow the boy drive a car.”

Kinneh then asked Muhammed (not her son) if he could come with her to meet her lawyer.
“We meet my lawyer and the lawyer took his statement and that of my son,” she says.

“But when the lawyer came out and saw the car that was when he told me the car’s number was different from the one in the expulsion letter. My son then said, ‘mommy, this is the car that Muhammed gave me a ride with to school.'”

One of the two reasons advanced by Marina International School in the expulsion of young Baba is that he made an offensive hand gesture towards the school’s principal. But Kinneh’s lawyer while looking at the car that was parked by his office told her how could someone see a hand gesture from a car that has tinted glasses. But then the lawyer advised her to appeal the decision.

Marina International School had given Young Baba’s family five days to appeal but shockingly enough, the school didn’t give him a chance for him to be heard. Yet, on 7 February 2019, Kinneh personally handed in a letter appealing the school’s decision.

“I met the principal who I handed the appeal letter. But while he was walking away, he was reading the letter and tearing it,” Kinneh says.

Kinneh’s and her family didn’t despair. They handed in a second letter on February 13.

“It was driver who took this second letter of appeal. We copied the chairperson of the board of governors of the school. Under three hours, I received a call that I have a letter in the school. I asked my daughter to go and pick the letter. She picked it and read it to me over the phone,” she says.

“In the letter, I was told by the school that the appeal has been rejected. I went to my lawyer and showed him the letter. He told me the ball is in my court.”

Marina didn’t hear from Kinneh for the next two weeks. Her lawyer, apparently was working on a lawsuit. After two weeks, she received a call from her lawyer’s assistant that their case has been assigned to a judge.

The judge who had seen young Baba and convinced that such a small boy could not be guilty of spinning a car, granted an ex parte injunction on February 28 that he be allowed back in school. The following day March 1, 2019, young Baba was taken to school by a bailiff.

Young Baba’s classmates were happy to have him back. The Fatu Network visited the school and investigations show the students were even clapping to have him back contrary to what school officials made everyone to believe that they were all running away from him. But the class teacher told the bailiff he got instructions that young Baba shouldn’t be allowed to be in the classroom. The bailiff and young Baba returned to the principal’s office where the the principal corroborated what the teacher said.

At this stage, the bailiff asked young Baba that they should leave. The principal knowing that the bailiff was going to return to court with young Baba and report that the school has refused to take back the boy, set off the school’s fire alarm system. Teachers massed the gullible students and asked them to chant, “We Need Arthur.”

After almost an hour, the bailiff returned to the school with some police officers. The Fatu Network investigations also showed the officers conducted themselves well as they asked the principal that he was needed at the court. By this time, the school has called its lawyers.

At the court, the judge asked the principal if he understood what defying a court order means. The school’s lawyers, convinced that the school had blundered, applied that the principal be granted bail. During the hearing, the judge enlightened that the parties when such civil matters occur, settling it out of court is always the first option. But the school’s lawyers shocked everyone when they said they were not aware of the matter.

But lawyers on both sides spent the next hour conferring over the matter. At the meeting, the school’s lawyers told the lawyer of young Baba’s family that they were surprised to learn that Baba’s family had reached out to the school to allow them to be heard. The lawyers said were not aware.

Young Baba’s mother, Kinneh, was at this meeting which took place at the high court in Banjul. This was the very day the principal was hauled up before court.

“One of the school’s lawyers said I should apologise because I went to the school and insulted the principal,” Kinneh says.

“I she wasn’t going to apologise because I didn’t insult anyone. I didn’t create any scene at the school as is being alleged. The school has cameras everywhere. There was this teaching who was shouting.”

At the meeting, Marina International School lawyers said they will find a way of addressing the issue so that things could return to the way it was and young Baba returns to school. They meant speaking to the school authorities so they could end their campaign against Baba.

Young Baba himself was at the high court on that fateful day and traumatised by the events told his mother he was scared of going back to Marina.

“He looked and me and said, ‘mommy, I’m scared of going back to the school,'” Kinneh says.

“Two of the school’s lawyers Bori Touray and Lubna Farage who heard him say this felt sad.”

After everything ended at the high court, the school’s board chairperson who is at the heart of the campaign against Baba called an emergency meeting where it was decided that the school be closed.

On Saturday March 2, 2019, all parents were sent emails regarding the closure of the school. The unsuspecting parents quickly bought into the story that the school sold them – that young Baba was caught spinning a car, blowing dust and putting the lives of hundreds of students at risk.

But at this meeting, one of the school’s lawyer’s said young Baba should return to the school as it was a court order. One parent shouted, ‘to hell with the court order.’

At home, family members asked Kinneh not to allow young Baba to return to the school.

“They came and asked me not to allow Baba to come to school on Wednesday. They also wanted me to withdraw the case,” Kinneh says.

On Wednesday February 6, Marina reopened to business. Young Baba, as per the court’s order, was to resume school. Teachers, parents and students were all braced up for Young Baba to turn up. Young Baba didn’t show up. And he hasn’t since.

“As at now, we are all traumatised. They have spoilt my son’s education. The boy’s image has already been tarnished. Wherever he goes now, people are going to run away from him,” Kinneh says.

Young Baba whose father was one of the biggest contributors to Marina International High School is now out of school. His family isn’t sure of what the future holds for him.

Young Baba is just 13 years old. This is why his real name has not been used.