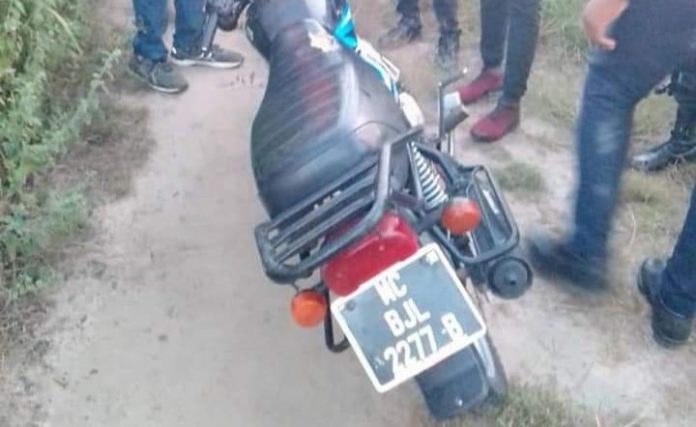 A man abandoned a motorcycle he was riding and fled after he came close to patrolling anti-crime officers.

Police said Wednesday: “…during routine patrols, operatives of the Anti-Crime Unit encountered an individual riding a motorcycle, upon seeing the patrol officers at a distance, he abandoned the motorcycle and ran away. The motorcycle is suspected to be a stolen property and currently with the Police Anti-Crime Unit.”

“This came following a report filed by a complainant that his shop was broken into and flat screen televisions stolen. The ACU launched a swift investigation into the matter leading to the arrest of Ebrima Jammeh and Alagie Jallow both of Farato Village.

“Seven flat screen televisions belonging to the complainant were recovered and 4 other individuals were also arrested for receiving stolen property,” police said.