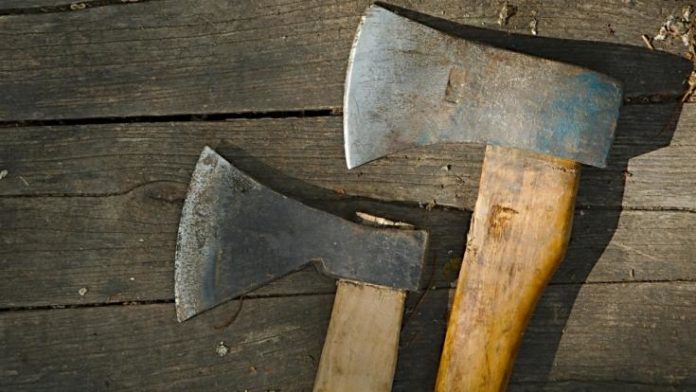 A Russian man, who chopped off both of his wife’s hands with an axe after accusing her of infidelity, was sentenced on Thursday to fourteen years in prison following a huge outcry in Russia.

Last December, after dropping off their two children at daycare, Dmitry Grachyov took his wife Margarita to a forest outside Moscow where he tied tourniquets around her arms and chopped off her hands with an axe.

Before hacking off her limbs he cut off her fingers.

After that he drove the bleeding woman to a hospital, giving medics a shoebox containing her severed right hand. He then gave himself up.

On Thursday, Grachyov was sentenced to 14 years in a high-security penal colony, said a spokeswoman for a court in the town of Serpukhov, located some 100 kilometres south of Moscow.

The man was also ordered to pay more than 2 million rubles ($30,000) as compensation for moral damages. He was earlier stripped of custody of their two children.

Margarita, 26, said she had wanted her ex-husband to be given life in prison.

“No sentence would bring back my hands,” said the woman, who has endured multiple surgeries. “I will have to live with this for the rest of my life,” she said in televised remarks.

Domestic violence is common in Russia and often goes unpunished but the young woman’s ordeal shocked the country.

Grachyov abducted his wife after the Russian authorities decriminalised some forms of domestic abuse such battery in a move that drew criticism from rights groups.

Just days before he hacked off her hands’ police dismissed her complaints about his violent behaviour.

Investigators say Grachyov, who claimed his wife was unfaithful, had carefully planned the crime buying an axe, tourniquets, bandages and iodine.

Margarita had told journalists her ex-husband did not want to bleed her to death, hoping to get away with a short prison sentence.

Doctors managed to save one of her hands after police found her left limb in the forest.

In an October report titled “I Could Kill You and No One Would Stop Me”, Human Rights Watch said that Russian women were especially vulnerable in the face of domestic abuse.

The watchdog said it spoke to women who described being choked, beaten with wooden sticks and metal rods, burned, raped, pushed from balconies and having their teeth knocked out. (AFP)