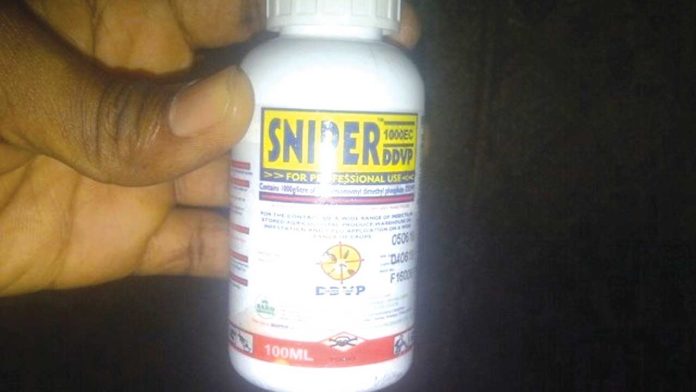 Kotu Manjai was on Tuesday rocked by a suicide incident after a 16-year-old girl drank sniper insecticide and died.

“This came following a domestic dispute which left the girl angry then resorted to drinking an insecticide (sniper insecticide).

“She developed stomach complications and was rushed to the Kanifing hospital where she passed away.

“The family is helping the Police in investigations.”