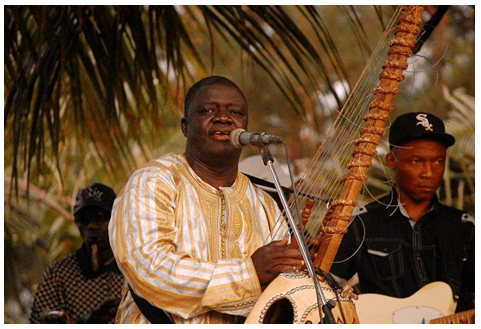 As the Gambia Kora King launched two albums amid pomp and pageantry Saturday night, it has emerged that Jaliba Kuyateh was former President Jammeh’s most hated figure.
This was disclosed by Hamat Bah, the minister of Tourism while addressing the gathering at the launch.

Mr Bah narrated that some years ago, the late business tycoon Sankung Sillah went to meet former President Jammeh on an issue and during their discussion, the issue of who he (Jammeh) hated most in The Gambia came up.

“To everyone’s surprise Jammeh said the person he hated most is not Ousainou Darboe, Hamat Bah or Sidia Jatta but Jaliba Kuyateh,” he revealed.

Bah said when Sankung left Jammeh’s office he (Sankung) called and told him about the issue. “I told Sankung Sillah to call and tell Jaliba about it and he was told about it.”
Bah said he never discussed the issue with Jaliba.

He said that alone is clear proof that despite all the good work he has done for this country, Jaliba was made to go through a very difficult chapter in the last twenty two years which is unknown to many people.

Hamat further narrated that when he was in prison with the late Baba Kajali Jobe, he [Baba] told him that Jaliba Kuyateh once accompanied Jammeh on a nationwide tour but the former president never greeted, shook hands or gave Jaliba a butut throughout the tour yet Jaliba remained committed to the Gambia and never lost hope.

Hamat Bah also paid tribute to Jaliba’s work in the Gambia which he said spread over many years.

“You sang about poverty, HIV and AIDS, war, family planning and above all, the need for peace and unity among Gambians and for entire mankind. Your lyrics were never flippant or rude; they always carry a message which your fans find peaceful,” he said.