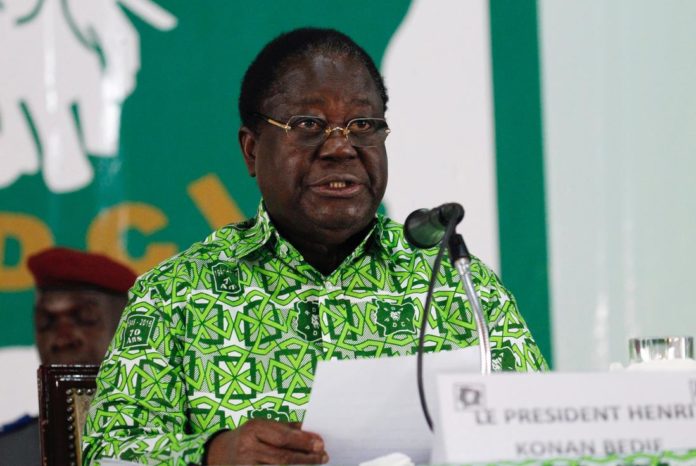 Ivory Coast’s octogenarian former President Henri Konan Bedie will run for office again in presidential elections in October, he said in a statement on Saturday.

Bedie’s candidacy is the latest twist in a turbulent build-up to a vote that is wide open after current President Alassane Ouattara said he would not run again after ten years in power.

“I am both surprised and happy with the content of your messages asking me to be a candidate in the election,” Bedie told members of his PDCI-RDA coalition. “I feel honoured.”

Bedie, 86, was president from 1993-1996. The coalition between his PDCI party and that of Ouattara’s RDR, forged in 2005, was meant to dominate for generations and help heal the political rifts that led to civil war three years earlier.

The pact propelled Ouattara to presidential election victories in 2010 and 2015 but collapsed in September 2018 when the parties bickered over whose candidate should be in pole position in 2020.

The race will be hard to call, say political analysts. Guillaume Soro, the former rebel leader and presidential candidate, was convicted in absentia of embezzlement and sentenced to 20 years in prison in April, a verdict likely to exclude him from the election.

Ouattara said last year that he would run for a third term if his predecessors Bedie and Laurent Gbagbo decided to run, raising concerns of a constitutional crisis given that Ivory Coast has a two-term mandate limit.

He backed down in March saying he wanted to hand over power to a new generation.