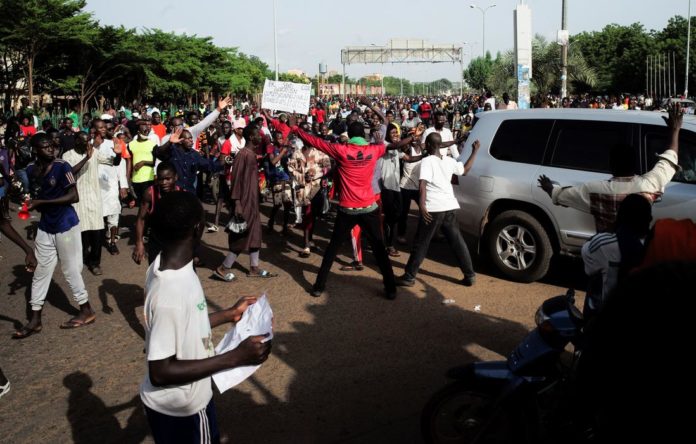 West African regional bloc ECOWAS on Saturday called on Mali to re-run some of its contested local elections and convene a government of national unity after anti-government protests swept the capital Bamako.

Tens of thousands of people took to the streets on Friday for the second time in a month to demand President Ibrahim Boubacar Keita step down.

Keita, who was re-elected in 2018 for a second five-year term, has struggled with an ongoing security crisis, a strike by teachers and the coronavirus outbreak.

Political tensions increased after disputed local elections in March in which turnout was low due in part to fears of attacks by jihadist groups who roam the desert north.

The lead-up to the poll was marred by allegations of vote buying and intimidation and the kidnapping of opposition leader Soumaila Cisse.

ECOWAS “invites the Government of the Republic of Mali to reconsider the results of all the districts which have been subject to review,” the group said in a statement after a two-day mission to the country. “New elections for the constituencies concerned should be organized as soon as possible.”