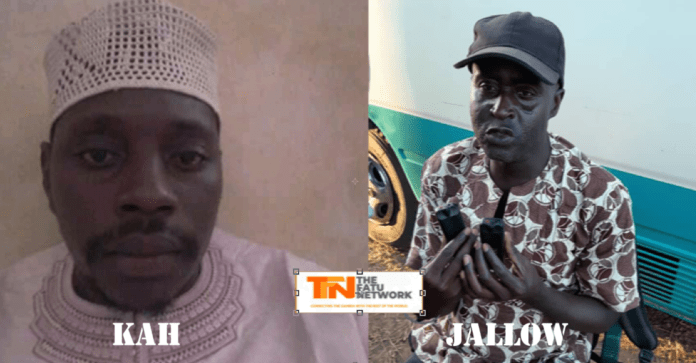 GDC North Bank Region chairperson has lashed out at Ousman Jallow as someone who is reputed for ‘jumping’ from one party to another after the former GDC Jokadu youth chairman claimed the party has lost 95 percent of its supporters to Barrow Youth Movement.

“He has a reputation for defecting from one party to another. He was a member of APRC, a member of PPP, and a member of PDOIS,” Aziz Kah told The Fatu Network today as he rubbished Mr Jallow’s claims.

Mr Kah then posited: “He was with the party (GDC) but because of his defection to Barrow Youth Movement, I am the one who dismissed him from his position. He was going round trying to castigate the image of the party and leaking some of the secrets of the party. He was also trying to convince others to leave the party. He was acting like a green snake in a green grass. When I got wind of it, I confronted him, I spoke to him but he denied.

“There was a time he called me to say they called him to the Office of the President, the Barrow Youth Movement… I told him to be mindful because he was under the party. He didn’t stop. I later wrote to him to dismiss him from his position. I cannot dismiss him from the party but I dismissed him from his position. He was the acting chairperson of Jokadou after the chairperson was elected councillor of Darsilami ward.

“Pertaining to his claim that 95 percent of GDC supporters in Jokadu, Lower Nuimi and Upper Nuimi defecting to Barrow Youth Movement, it’s not true. North Bank is a no-go area for any other political party. No other party can gain popularity here except GDC.

“He also spoke about Amadou Bah the councillor. I spoke to him (Amadou) at Barrow’s rally but he said it’s not true, he has not defected. But after the meeting at Fass Njaga Choi I heard people saying and I heard from the radio that he has now moved to Barrow Youth Movement. But the person I feel sorry for is the president because people are giving him false information. These people are poor so they have to lie to be able to survive.”