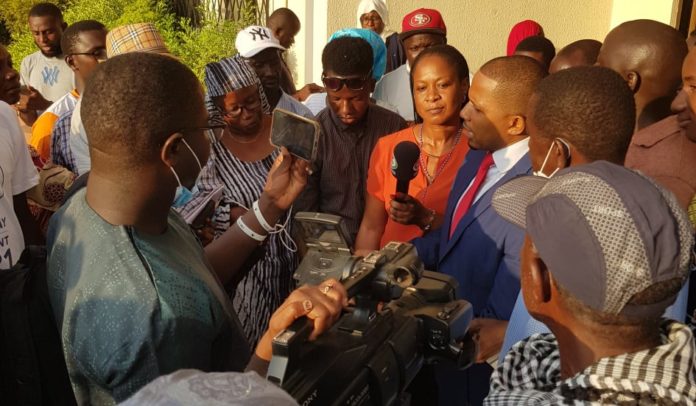 Judge Amina Saho-Ceesay on Tuesday blasted that the Independent Electoral Commission’s wanton disregard and non-compliance with the prescription of the law and its own guidelines profoundly violated the right of Citizens’ Alliance leader Dr Ismaila Ceesay to stand for election.

“In my judgment, the cumulative effect of IEC wanton disregard and non-compliance with the prescription of the law and their own guidelines profoundly infringes on the 1st applicant’s fundamental right guaranteed under [Section 20(c)] of the constitution, that is the right to stand for election without reasonable restriction,” she said while entering a judgment in favour of Dr Ismaila Ceesay.

“I also finds and holds that the IEC’s rejection of the 1st applicant’s (Dr Ceesay) without following due process of the law is in violation of Article 13 of the Banjul Charter…,” the top judge said elsewhere.

Dr Ismaila Ceesay had last week sued the Independent Electoral Commission for illegally rejected his nomination to stand in next month’s presidential election. Election House turned his nomination down saying he did not fulfill the 200 signatures requirement in one of the nation’s seven regions, Banjul.

The judge however ruled on Tuesday the Independent Electoral Commission treated Dr Ceesay unfairly by not giving him a chance to make adjustments to his nomination as required by law.

Dr Ismaila Ceesay was happy with the court’s verdict telling reporters he did not go to court for himself only but for future generations.

“This is not about this election, it’s about justice, it’s about preventing somebody in the future to become a victim of such malpractice and such blatant disregard for the rule of law,” Dr Ceesay told reporters.

The IEC’s lawyer Kebba Sanyang said he is neither surprised nor disappointed by the high court’s decision.

“I am not disappointed,” Barrister Sanyang said and said when asked if he was going to appeal. “I act for a client, when I get instructions on that we will proceed.”

The verdict came at 5:32pm on Tuesday after the judge had finished going through the facts of a case that started only last week. Judge Amina Saho-Ceesay ordered that Dr Ismaila Ceesay submit additional signatures to the IEC for the Banjul Administrative Area and for the IEC to be at liberty to vet the signatures. She also ordered that the IEC pay D200,000 dalasis to Dr Ceesay and CA.