Halifa Sallah, the Secretary General of Peoples’ Democratic Organization, Independence and Socialism (PDOIS) and spokesperson of the Coalition government has finally spoken on why the PDOIS did not take up any Cabinet position in the government of President Adama Barrow.

According to him, at PDOIS, they developed principles in terms of what they do.

Speaking at a Press Conference on the position of the coalition in the forthcoming National Assembly elections, Mr Sallah who is also President Barrow’s adviser on governance highlighted their interest In the National Assembly than cabinet positions.

“In terms of governance, we believed in separation of party and state matters. If you compare our principles and that of others, you may judge others wrong because we have different principles and approach to issues. Essentially, there are fundamental principles that will not make me Secretary General of the PDOIS if I am a Cabinet minister” he said.

According to him, since they didn’t take any positions, they held talks with President Barrow and came to an understanding, he appreciates their stance and supports it.

“We have spoken to the president and we came to understanding and we are working together. We know and the government knows there is no single individual who works so hard to make what is possible, possible today but it is a collective responsibility. The position of the PDOIS is more suited at the National Assembly to be able to guide the government on laws and international relations among others. Our efforts will be vital in that area” he concluded. 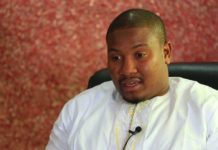