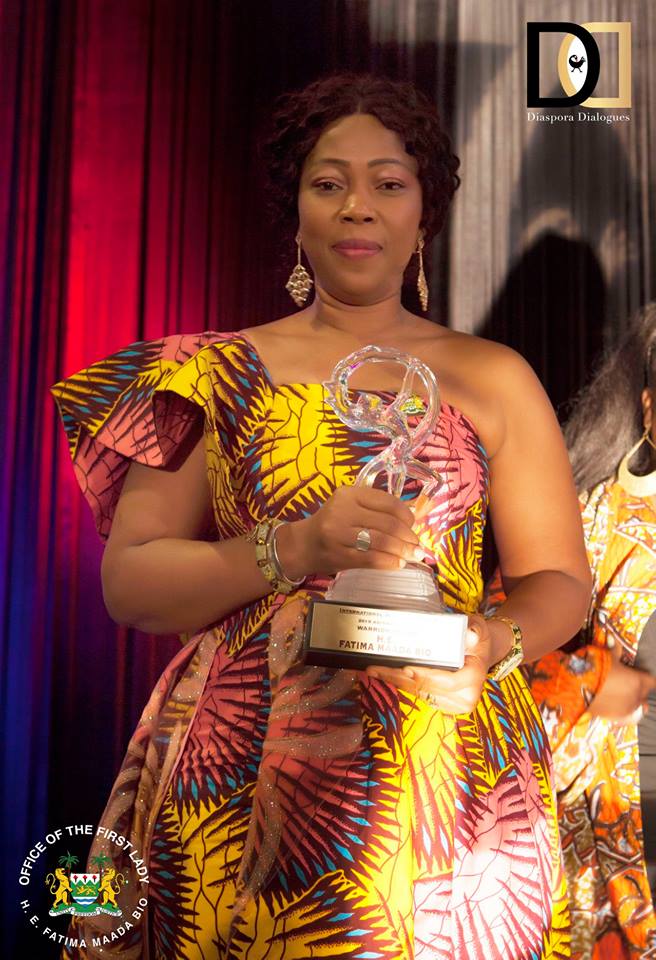 First Lady Fatima Maada Bio, was honoured with the Warrior Award at the International Women of Power Luncheon in California, U.S.A. The award was presented to Her Excellency by international actress Jackie Appiah for her bravery and outstanding contribution towards women and girls in Sierra Leone.
.
The International Women of power event celebrates women who are pace-setters, trailblazers and strong voices on issues of women and girls. First Lady Bio in her acceptance speech, reiterated that Africa has the youngest population and as a continent, we are destined for greatness. She also urged men to be part of the drive, to ensure women in Africa achieved their full potential. She also put out a stern warning that sexual perverts must #HandsOffOurGirls. 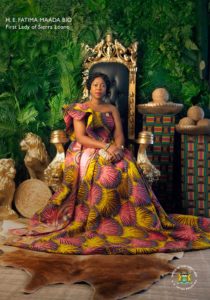 It could be recalled that Madam Fatima Maada Bio in early October 2018 at an event in New York, was recognised and ranked among the Global Top 100 most influential women of African decent under 40 years.

- Advertisement -
Share
Facebook
Twitter
WhatsApp
Linkedin
Viber
Previous articleEthiopian Airlines: ‘No Survivors’ on Crashed Boeing 737
Next articleWill Pres. Barrow Salvage Himself or Not? That’s the Question before the President