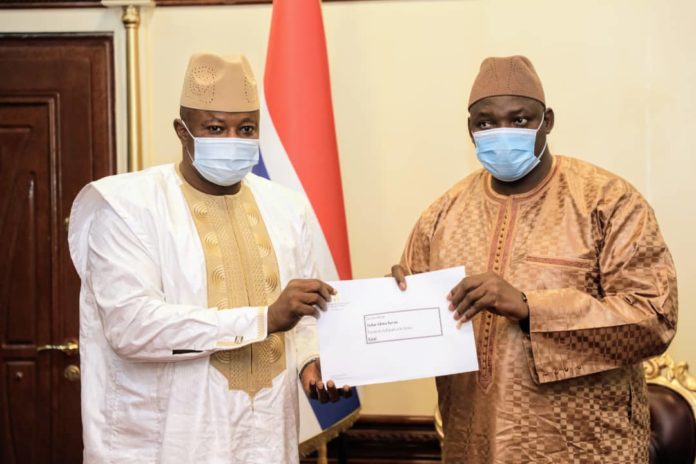 President Adama Barrow received a special envoy of President Umaru Sissoco Embalo of Guinea Bissau at the State House on Tuesday morning, according to State House.

“Speaking on the purpose of his visit, the Envoy, Bissau Guinean Minister of Interior, Mr Botche Cande said he transmitted a message of gratitude to the Gambian President for accepting to visit Bissau, adding that President Barrow’s visit ‘brought tranquility in Guinea Bissau’,” State House said in a news release.

The news release added: “Minister Cande remarked after an audience with President Barrow, adding that peace and stability can build confidence and trust for investment to grow in our region.”

“No investor will go to a country where there is war and conflict.” he asserted, according to State House.

“The Bissau Guinean Interior Minister was optimistic that citizens of both countries could contribute to strengthening peace and security by building on trade relations and through people to people diplomacy,” State House said.