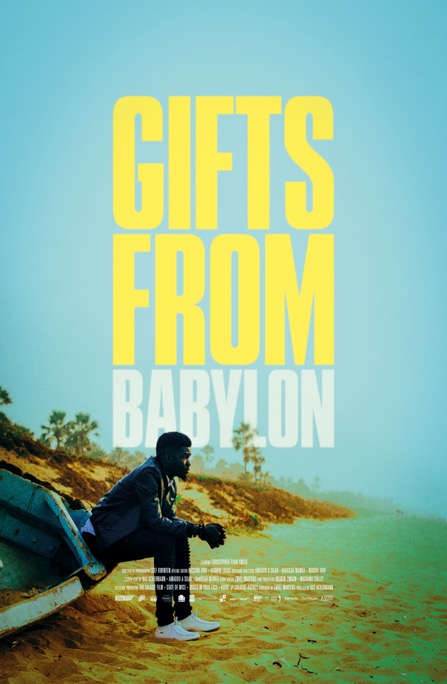 The short film Gifts from Babylon has been selected in competition for Best Short Narrative at the upcoming Pan African Film Festival (PAFF), the largest black film festival in the United States.

The Dutch-Gambian co-production will receive its North American premiere at the festival, which will be held from February 7-18 in Los Angeles. The film’s director, Bas Ackermann, and the film’s associate producer, Alhagie Manka, will be attending the festival to celebrate this achievement.

Gifts from Babylon is a short narrative film exploring the psychological impact of Africa-EU migration through the lens of a Gambian return-migrant. The film, completely shot on location in The Gambia with a full Gambian cast, captures the personal conflicts that arise when Modou, a deported refugee, returns to his home country after having lived illegally in Europe for five years. Suffering from intense flashbacks of his traumatic migrant journey, which prevents him from reconnecting with his family, friends and himself, he wonders what has become of him.

Gifts from Babylon is the second Dutch-Gambian co-production made by Dutch film duo Bas Ackermann (director) and Emiel Martens (producer) in collaboration with Alhagie and Baucar Manka from Gambian media production house State of Mic. Previously they made Welcome to the Smiling Coast (2016) together, a feature-length documentary about Gambian tourism that received its world premiere at the Pan African Film Festival in 2016 and has since been shown at over fifty international film festivals and other events across the world. Gifts from Babylon could be seen as the sequel to Welcome to the Smiling Coast.

Last year Gifts from Babylon won a pitch competition and small money prize from Movies that Matter, the well-known human rights film festival in The Hague, the Netherlands, and raised additional production budget through a crowdfunding campaign. A few months ago, the film received its world premiere at the Netherlands Film Festival and its African premiere at Festival Gorée Cinéma in Dakar, Senegal. Subsequently, Gifts from Babylon has had several public screenings in both The Netherlands and The Gambia. The screening at the Pan African Film Festival will mark the film’s North American premiere.

The premiere screening of Gifts from Babylon will take place on Friday, February 8 at 6.25pm. The film will have repeat showings on Tuesday, February 12 at 3.35pm and Monday February 18 at 7.50pm. The first screening will be attended by Bas Ackermann and Alhagie Manka, who are both very honored that their film is nominated for Best Short Narrative at PAFF, the largest black film festival in the US and a few years ago voted the third Best American Film Festival by USA TODAY readers. Ackermann: ‘We are thrilled with this nomination. It also shows that the topic of our film is topical and urgent. The psychological impact of the refugee crisis often gets forgotten. With Gifts from Babylon we want to ask attention and raise awareness for this ultimately human crisis.’

The complete program of the Pan African Film Festival 2019 can be found at www.paff.org. For more information on Gifts from Babylon, including all future screening venues and dates, see www.giftsfrombabylon.com.