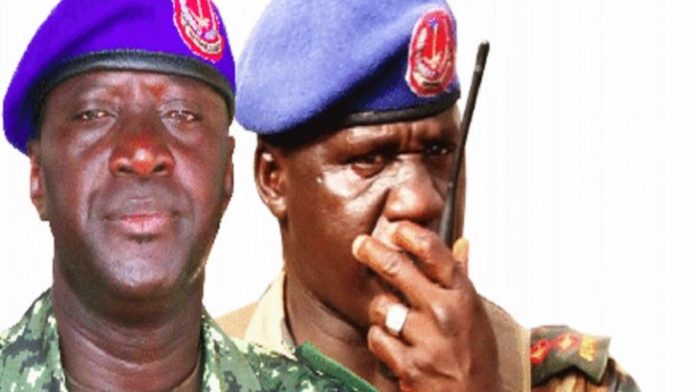 The Court Martial in Yundum Barracks constituted by a panel of six members has ruled on the objection raised by the defence counsel for General Umpa Mendy and General Ansumana Tamba on the jurisdiction of the said court to hear the case.

This issue arose when the defence counsel for the two generals, Captain Jammeh raised an objection on the jurisdiction of the court to hear the case, given the fact that the Gambia Armed Forces had already stopped their salaries after they left, confiscated all their army materials and did not publish them in the A-roll.
The defence submitted that as such, the accused persons cannot be subjected to the court martial because they are already civilians by virtue of the actions of the GAF.

The judge advocate Amina Saho-Ceesay in her verdict overruled the objection of the defence, citing that a failure in administrative procedure does not rob the court of its jurisdiction to hear the case. She submitted that as per the Gambia Armed Forces Act the accused persons were not discharged, (honourably or dishonourably) neither were they dismissed, nor transferred to the reserve, so she concluded that they were still military men, and not civilians as suggested by the defence.

After the ruling, the court observed that the accused persons were not in military uniform. The defence counsel quipped in that all their military gears were taken from them upon arrest.
At that juncture, the President of the court Commodor Madani Senghore ordered that the accused two should appear in uniform on the next sitting. The case was later adjourned to the 25th April 2018 for the hearing of any objection on the members of the court and possible plea taking.

It can be recalled that the two Brigadier Generals, Umpa Mendy and Ansumana Tamba, were on Wednesday 21st March 2018, charged with the offence of desertion but they are yet to enter a plea. The duo left Gambian with ex-president Jammeh to Equatorial Guinea, but later decided to return to the Gambia. They were eventually arrested in their homes on Sunday 21st January 2018.