GDC gives motorcycle to women of Papa, the village where GDC polled only 80 votes to NPP 680 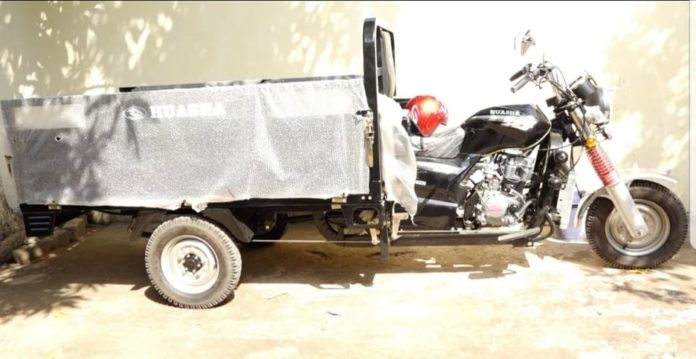 The women of Papa village according to GDC officials, pleaded with GDC leader Mamma Kandeh during their Niamina West by-election campaign to help them with transport as they struggle to find cars, if any at all to transport them to hospital during childbirth and other medical emergencies. Only 80 people in Papa however voted for GDC in the by-election compared with NPP’s 680.

Handing over the motorcycle to the GDC Chairman of Papa Village, Mama Kandeh said GDC will continue its style of politics, which is to continue helping the masses in areas that are most needed.

“We did not bring this for only the women. It is for anyone who needs it irrespective of their political affiliations. We the GDC have nothing to offer to people individually but we will continue to support communities. We could have done this during the time of election but no because whatever we do, we do it for the people,” Kandeh said.

Ousman Jallow, GDC Chairman in Papa Village said Kandeh promised them and that promise has been fulfilled today. The chairman reiterated his community’s support to Kandeh and praised the GDC leader for his sense of humanity.

GDC National Youth President MC Cham Jr was also at the handing over ceremony and he had this to say:

“This is nothing new to the GDC. When we go to communities and promise them during campaigns, we make sure to go back and fulfil them, whether we win or not. We have many politicians who go around promising people during elections and once they get what they want, it is a done deal for them. GDC is stronger today more than ever despite our lost in Niamina West. We will not abandon the constituency just because we lost the elections,” Cham said.