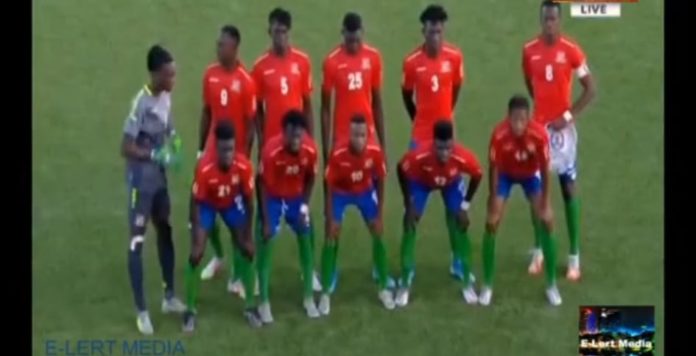 Gambia have made it through to the knockout stage of the African U-20 Championship in Mauritania after goals from Kajally Drammeh and Lamarana Jallow tamed Ghana.

Ghana led early on in the match after Issahaku’s left-footed shot outside the penalty box beat keeper Lamin Saidy.

Gambia quickly got back into the game after Kajally Drammeh headed home an Ebou Camara cross in the 16th minute. And on the 33th minute, midfielder Lamarana Jallow’s low travelling free-kick put Gambia in the front foot.

Set-piece specialist Ebou Camara was sent off in the second half after a second yellow card over time-wasting. It then became a matter of Gambia holding their nerves amid sustained pressure from Ghana.

The game ended 2-1 and it means Gambia have made it to the knockout stage of the competition, finishing second-place to Morocco.