The Fatu Network
Home News Gambia: How they qualified for the Africa Cup of Nations, for the...
Facebook
Twitter
WhatsApp
Linkedin
Viber 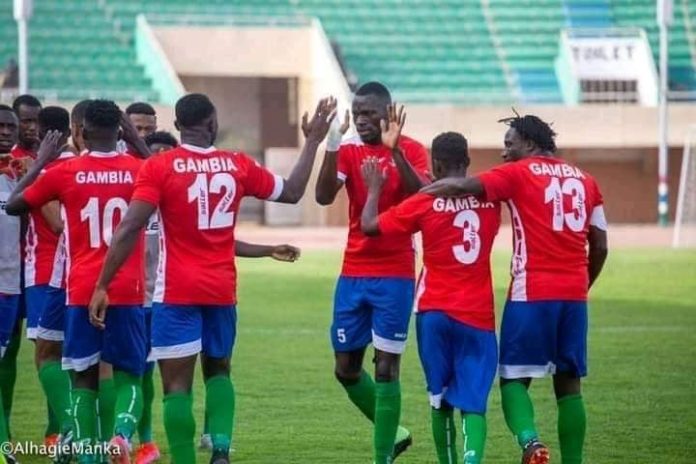 Gambia needed a win over Angola on Thursday to secure a spot at the 2022 Africa Cup of Nations in Cameroon.

Gambia went into the game level on points with Gabon at seven points – and a win over the Palancas Negras of Angola would see the country qualify for the continent’s top football competition for the first time in history.

The Scorpions started slow against Angola with the first half ending 0-0 with no clear-cut chance for either side.

Alasana Manneh endured a difficult afternoon and was hooked at half time and replaced by Bubacarr Steve Trawally whose pace in the right flank caused Angola all sorts of problems. And in the 62nd minute, the tricky forward squared the ball to Ablie Jallow whose shot could only be parried by Angola keeper Henrique towards lethal forward Assan Torres Ceesay who converted from six yards.

The win took Tom Saintfet’s charges to 10 points on the road with a game left to play – and has seen Gambia earn a spot in the Africa Cup of Nations next year January in Cameroon.