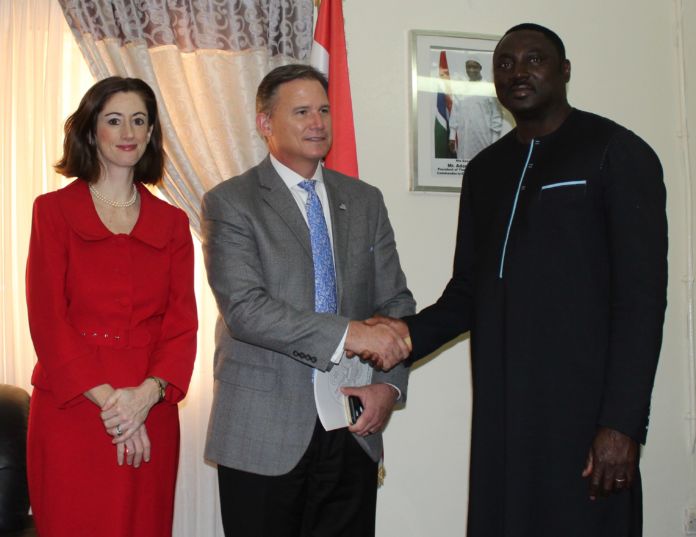 As part of his regular diplomatic consultation, the Honourable Minister of Foreign Affairs, International Cooperation and Gambians Abroad, Dr. Mamadou Tangara, on Monday 30 December 2019 met the Ambassador of the United States of America to The Gambia, H.E. Richard C. Paschall, in his office in Banjul.

It may recalled that the Ministry of Foreign Affairs organised a briefing session with members of the Diplomatic and Consular corp on the 16 September 2019 to update them on the status of investigation in connection with the Diplomatic passport scandal.

During this briefing, the Minister of Foreign Affairs, Dr. Mamadou Tangara, used the occasion to inform the Diplomatic community regarding the current structure put in place relating to the issuance of official passport and entitlements and privileges accorded to Representatives of International Community in The Gambia.

The Honourable Minister also highlighted the Government’s resolve to get to the bottom of the matter and resolve the matter accordingly.