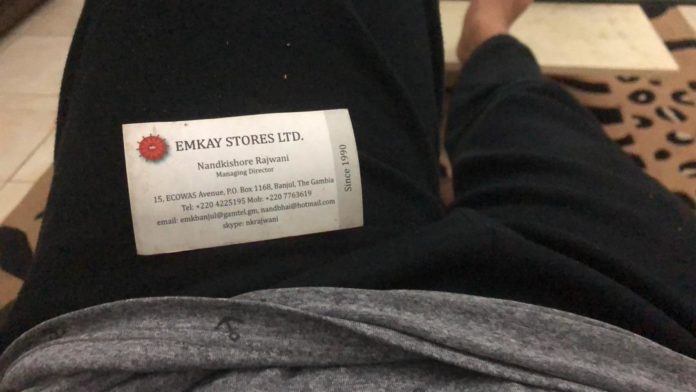 EMKAY Stores has written to the Gambia Chamber of Commerce and Industry notifying the chamber of a deliberate campaign of calumny against the company.

Reports have been rampant that EMKAY Stores imported expired Mayonnaise into the country.

But the food import giant in a letter to GCCI and seen by The Fatu Network dismissed the reports and said they are calculated to harm the reputation of a company that has more than 400 Gambians on its pay role.

The company told GCCI in their letter dated September 15: “You will recall that an incident happened regarding a container carrying Mayonnaise and headed for Dakar.

“Unfortunately, because of the pandemic and restrictions in movement of containers from the port, the container carrying the mayonnaise overstayed in the Banjul port while awaiting transit. The same container was later intercepted by the Senegal Customs while en-route to Senegal, where it was discovered that the consignments were expired.

“Being that the GCCI, The Gambia Police Force and the Gambia Food Safety and Quality Control are aware of this development, it is quite surprising to read about the incident of three months ago on social media.

“Emkay Stores will never knowingly put the people of The Gambia in harm’s way, considering the amount of money we pay in taxes yearly, it is rather unfortunate that a deliberate attempt would be made to discredit Emkay Stores’ reputation, a company that has more than 400 Gambians on its pay role.

“It is in this regard that we write to notify you of the deliberate attempt to sabotage the work Emkay Stores does, while hoping that the people of The Gambia will be told the truth about the expired Mayonnaise incident.”

Share
Facebook
Twitter
WhatsApp
Linkedin
Viber
Previous articlePresident Barrow says Darboe will enjoy all benefits when he retires him from politics in December
Next article‘We’re ready to go prison for life’: UTG staff boss vows they will stand their ground