ECOMIG is a stabilising force in The Gambia-Foreign Minister Tangara 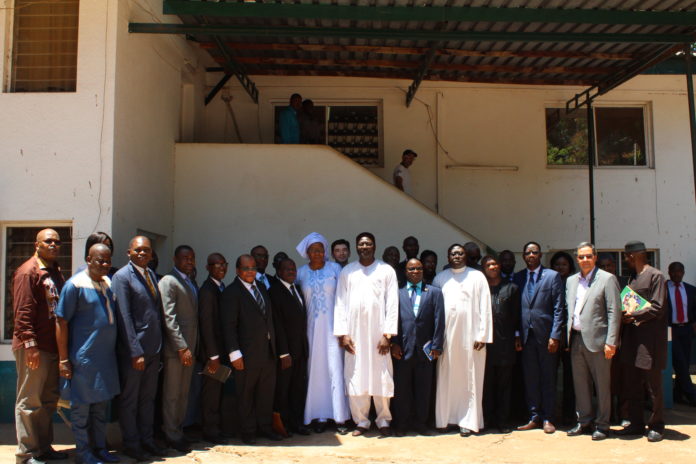 The Honourable Minister of Foreign Affairs, International Cooperation and Gambians Abroad of the Republic of The Gambia on Monday July 29, 2019 said Ecomig forces are serving as a stabilising force in The Gambia.

Dr. Tangara made the remark in a meeting with delegates of African Union Peace and Security Council as show of appreciation for the role played by Ecomig forces in the maintenance of peace and security in the country. 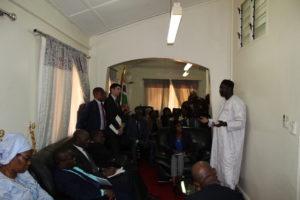 The 26-member AU Security Council Field Mission to the country met Dr Tangara at his office on Monday to acquaint themselves with the security situation in the country.

He further urged the Council Members to extend the mandate of Ecomig forces adding that the Security Sector Reform is ongoing.

He emphasise the need to build the capacity of security forces, notably the military. He applauded the AU Security Council Team for their hard work and called on them to redouble their efforts towards bringing greater development on the continent through ensuring peace. The Government, he said is working on attracting foreign direct investment and tourism among others in the country.

The Ambassador of Togo to the African Union, H.E. Sebade Toba, expressed delight at progress registered and expressed optimism that the trend would be maintain. He said this the courtesy call is a learning experience for them and thanked Foreign Minister for the warm welcome accorded.

Issued by: Communication Unit of the Ministry of Foreign Affairs, International Cooperation and Gambians Abroad

Share
Facebook
Twitter
WhatsApp
Linkedin
Viber
Previous articleOn the Demise of a Legend: a Eulogy
Next articleHalifa Sallah rejects finance minister’s claim that tax hike on alcohol is meant to keep youths away from the substance