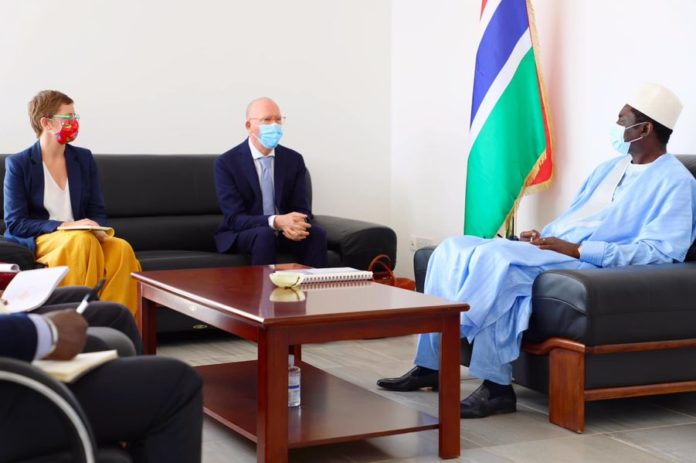 Dr Mamadou Tangara on Thursday assured the Ambassador of the European Union Delegation to The Gambia Corrado Pampaloni that The Gambia will continue collaborating with the bloc to boost ties in various areas of cooperation.

Foreign Minister Tangara made the remarks during a meeting he had with Ambassador Pampaloni in his office in Banjul, where they discussed modalities of further consultation, renegotiation and coordination regarding issues of bilateral concern, the foreign ministry said in a statement. The ministry did not give specifics of the bilateral concern.

“Both sides agreed to further partner in the consolidation of peace, stability and economic development for both people,” the ministry said.

The ministry has also said Dr Tangara also received in audience Joel GODEAU, French Charge d’affaires and the two officials discussed bilateral and regional issues of interest to both countries.