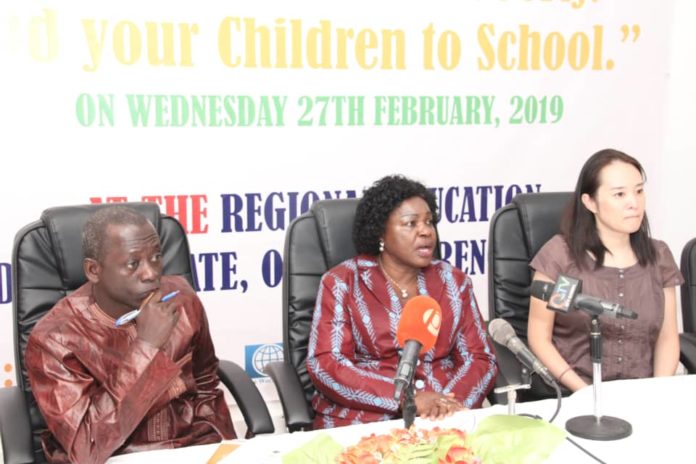 The Education Sector Support Program (ESSP) funding totals $35 million and consists of a $30 million grant by the World Bank’s International Development Association (IDA) and a $5 million grant by the Global Partnership for Education. The Program aims to improve the quality of teaching and learning outcomes from the lower and upper basic schools up through the senior secondary schools.

“Over the past years basic and secondary education have experienced phenomenal growth at all levels in the areas of access, retention, and performance,” notes Hon. Claudiana A. Cole, the Minister for Basic and Secondary Education. “We have however realized that there are still major gaps to be filled and the issues surrounding access to education and enrolment.”

The Minister added that the support given by World Bank and GPE to The Gambia over the years remains relevant in the process of government’s effort to fill the gaps in the country’s education system.

In lower and upper basic schools, the curriculum of all the cores’ subjects will be reviewed and revised, after which newly revised textbooks will be printed and distributed to every school in the country.

For upper basic schools and senior secondary schools, the student-centered program deploying innovative technology through the Progressive Science Initiative and Progressive Math Initiative (PSI-PMI) and English Language of Art will be scaled up.

Under the project access to education will improved by the construction of 40 lower basic level multi-grade schools in remote areas; the donkey cart initiative to transportation to and from school for early grade students; the school improvement grants to Upper Basic Education in four regions.

“If the young people of The Gambia are to have the best chance in life, they need to have a really good quality education,” says Elene Imnadze, The World Bank Country representative to The Gambia. “The World Bank is fully committed to this goal and ready to support The Gambia on this journey.”

The World Bank Group and the GPE are two of the few donors that are active in the sector and are seen as taking a strategic leadership role in the policy dialogue on education access and quality.

The World Bank’s International Development Association (IDA), established in 1960, helps the world’s poorest countries by providing grants and low to zero-interest loans for projects and programs that boost economic growth, reduce poverty, and improve poor people’s lives. IDA is one of the largest sources of assistance for the world’s 75 poorest countries, 39 of which are in Africa. Resources from IDA bring positive change to the 1.5 billion people who live in IDA countries. Since 1960, IDA has supported development work in 113 countries. Annual commitments have averaged about $18 billion over the last three years, with about 54 percent going to Africa.