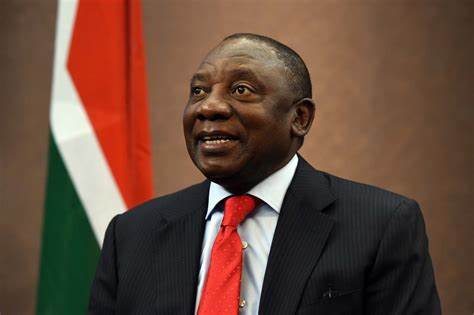 South Africa’s president has called on countries to reverse the “unjustified” travel bans that were put in place to combat the spread of the new Omicron Variant of the coronavirus, contending that such restrictions are not backed by science.

“We call upon all those countries that have imposed travel bans on our country and our southern African sister countries to immediately and urgently reverse their decisions,” South African President Cyril Ramaphosa said on Sunday, according to Al Jazeera.

“These restrictions are unjustified and unfairly discriminate against our country and our southern African sister countries,” he added.

Ramaphosa’s comments come after a number of countries, including the United States, issued new travel restrictions for passengers coming from South Africa and other nearby countries after the World Health Organization labelled omicron a “variant of concern.”

The strain, which was first detected in South Africa, has since appeared in neighboring African countries as well as in Germany, Italy, the United Kingdom, Belgium, Hong Kong and Israel.

While there is still much to learn about the new omicron variant, it is clear that the strain has a high number of mutations and is already spreading around the world.

Anthony Fauci on Sunday said the new variant will “inevitably” be found in the U.S., though no cases have been detected thus far.

Ramaphosa on Sunday said the new travel restrictions will just further damage the economies of the affected countries and undermine their ability to respond to, and recover from, the pandemic, adding that they are “not informed by science.”

Fauci defended the travel restrictions, contending that they will “slow things down.”

He noted that travel bans for highly transmissible viruses do not “completely” prevent the infections from entering the country but said that “what you can do is you can delay it enough to get us better prepared.”