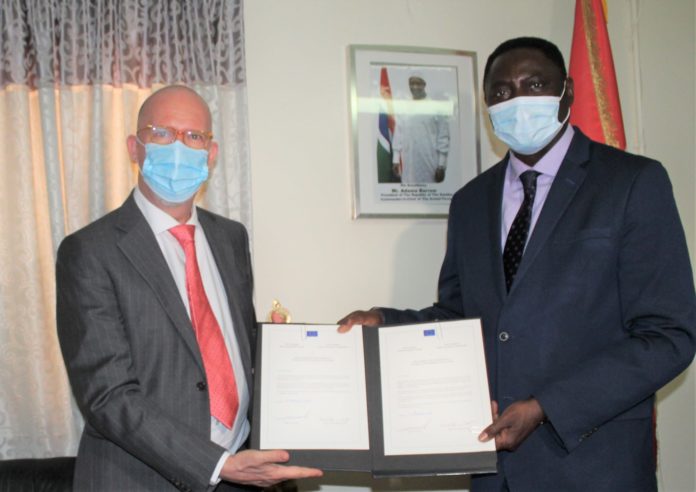 Dr Mamadou Tangara, on Monday received the new European Union Ambassador to The Gambia, Corrado Pampaloni who presented copies of his Letters of Credence to the foreign minister.

After warmly welcoming the new EU Ambassador, Foreign Minister Tangara conveyed best wishes of President Adama Barrow to the new ambassador and assured him of the full support of the Government of The Gambia during his tour of duty, the foreign ministry said in a statement on Monday.

“My door and doors of all the Ministers are opened to you at any time to discuss any issues to facilitate your work, which is also ours,” Minister Tangara said according to the foreign ministry statement.

For his part, the new EU ambassador expressed delights to be at the Foreign Ministry and commended Minister Tangara for the warm reception accorded to him and the delegation. He assured that the EU would continue to closely work with The Gambia in strengthening bilateral and multilateral issues, the foreign ministry’s statement said.

Pampaloni is was EU’s deputy head of mission in the Pacific and he replaces Attila Lajos.