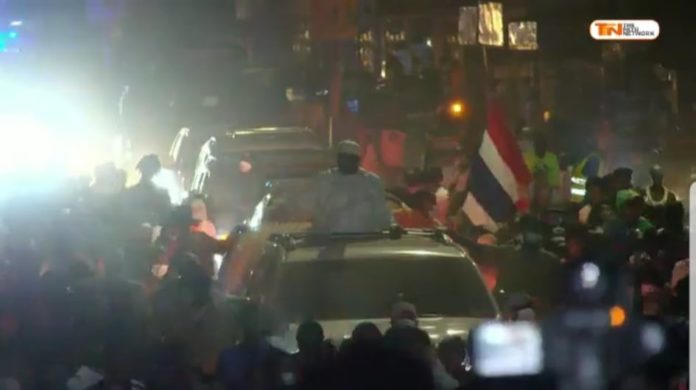 It took President Adama Barrow an unbelievable 14 hours to travel from Kalaji to Banjul on Sunday as he returned from campaign upcountry.

A huge welcome was accorded the president beginning in the West Coast Region village of Kalaji which borders Kiang in the Lower River Region.

“Beh Suba” one supporter who was running ahead of the president’s motorcade shouted and said it means ‘till morning’ when asked what that means.

Citizens from Brikama to Westfield stood by the roadside to see the president and welcome him while the rolling crowd rolled along with the president. Everywhere, the citizens shouted ‘beh suba’.

The thousands of citizens who were out on Sunday said they love the president and would vote for him in next month’s presidential election.

New York Fire: Citizens’ Alliance Expresses its Condolences to the...

With D12Million In Limbo at KMC: Commission of Inquiry Begins