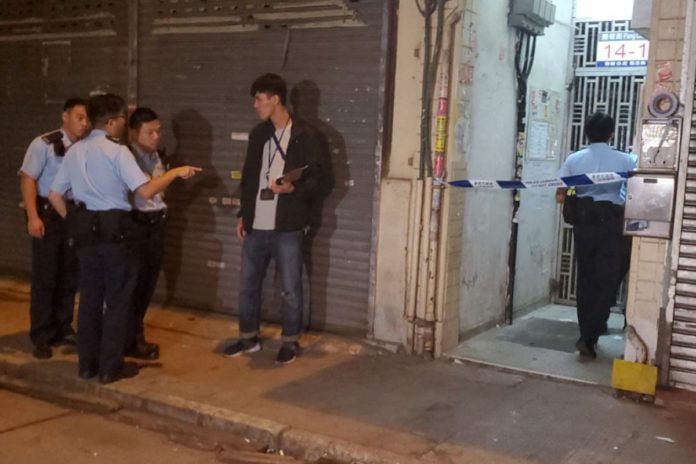 A man handed himself in to police on Wednesday night saying he had killed his wife in a fight at their Hong Kong flat, the South China Morning Post reported Thursday.

The 37-year-old man, from Gambia, was arrested on suspicion of murder, according to the paper.

He approached Wong Tai Sin Police Station at about 9.50pm, saying he killed the 40-year-old Filipino, who held a Hong Kong identity card.

He said he had a physical fight with her in their subdivided To Kwa Wan flat that morning.

Firefighters forced open the door to the flat, on Pang Ching Street, and found the woman on a bed.

She was confirmed dead at the scene.

Finding wounds on her head, police believed she might have been punched. Officers said she could have been dead for 12 to 20 hours.

There will be an autopsy to confirm the cause of death.

Police said the man, who held a temporary identification document called a recognisance form, had been in the city since 2012.

The holder of a recognisance form is allowed to remain in the city temporarily but is not allowed to take a job. (South China Morning Post)