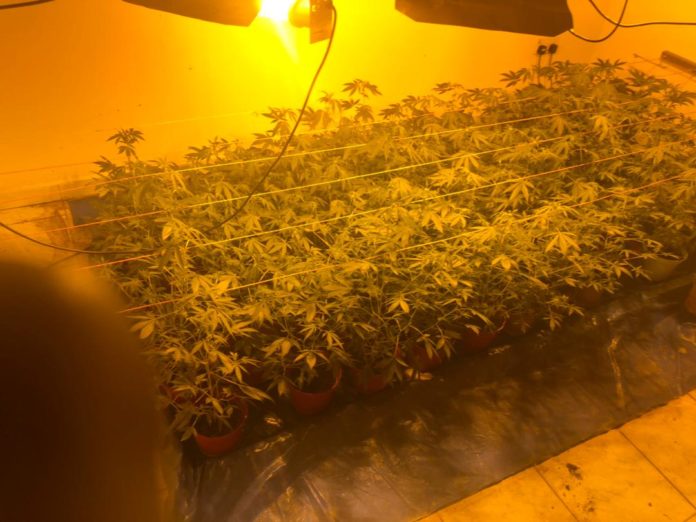 In a statement, DLEAG said: “DLEAG operatives stationed in the West Coast Region conducted a sting operation that resulted in the discovery of a suspected skunk cannabis cultivation centre at Brusubi on Saturday 25 September 2021 around 20:00 GMT onwards.

“Leon Washington Thayard Hall who is the principal suspect was arrested at a restaurant opposite Atlas petrol station at Brusubi with a wrap of suspected skunk cannabis. He is said to be a British National and a resident of Tranquil, Brusubi. A caretaker working for him was also arrested by another team at a different location. Both operations took place simultaneously.

“Thereafter, the team left for the suspected cultivation site at a residence in Brusubi where they discovered three different rooms used to cultivate what is believed to be suspected skunk cannabis. At the said residence in Brusubi, they have all their equipment, manure, fertiliser and heavy duty lamps used to cultivate the said suspected cannabis. From the cultivation site at Brusubi , the team proceeded to Mr. Leon residence at Brusubi Tranquil where six wraps of suspected skunk cannabis wrapped in a medicine like plastic sachets were discovered.

“The Officers also discovered some material and equipment, manure and heavy duty lights used to process the said suspected skunk cannabis at his resident at tranquil. Mr. Leon from preliminary findings is believed to be using the other residence at Brusubi Phase one extension purposely for cultivation while he resides at tranquil.

“He together with the care taker who is a Senegalese National from Ziguinchor, Cassamance by the name Abdoul Majid Baldeh are in custody while investigation into the matter continues.

“It is however interesting to note that Mr. Leon is a person who presents himself as a philanthropist and a businessman. He claims to be selling puppies (dogs) and also claims to be among the trustees and founder of Hand on Africa, a UK based charitable foundation.”