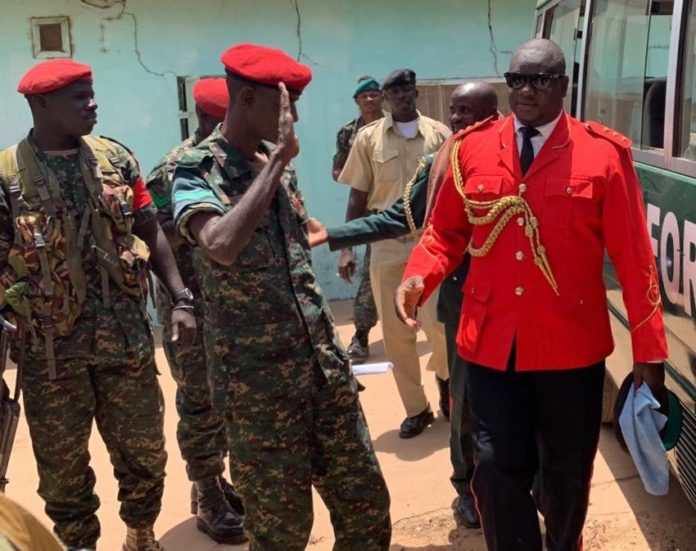 The president of the panel Colonel Salifu Bojang announcing the verdict in a packed courtroom said the eight men intended to demonstrate, request keys to the army armouries, arrest senior army officials including the army chief as well as ministers.

In 2017, twelves GAF soldiers were arrested and charged before a military court for being part of a WhatsApp group which they created to hatch an elaborate plot to topple President Adama Barrow’s government. Four of the men were later discharged for want of evidence.

On Friday, a general court martial found the remaining eight guilty of treason after more than two years of trial. They will be sentenced on Monday May 27.

Breaking: Pandemonium in Basse: Fire breaks out at market resulting in traders crying as others scramble to save their goods