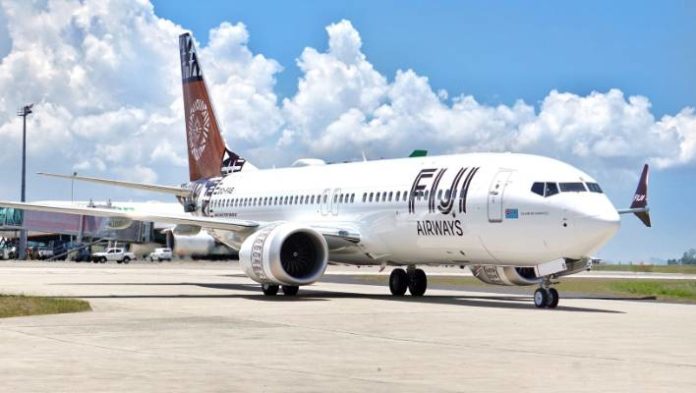 Boeing 737 aircraft jets have been banned from UK airspace following the Ethiopia crash which killed all 149 people on board.

Airlines TUI and Norwegian Air are amongst the carriers that will not be able to take off or land in the UK after the “precautionary measure” was announced this lunchtime.

It comes days after the Ethiopian Airlines flight went down just six minutes after taking off from Addis Ababa.

The cause of the crash isn’t known, but in the aftermath of the tragedy the Boeing model was grounded by a number of countries and airlines until they are confident it is airworthy.

However, a spokesperson for the UK Civil Aviation Authority said: “Our thoughts go out to everyone affected by the tragic incident in Ethiopia on Sunday.

“The UK Civil Aviation Authority has been closely monitoring the situation, however, as we do not currently have sufficient information from the flight data recorder we have, as a precautionary measure, issued instructions to stop any commercial passenger flights from any operator arriving, departing or overflying UK airspace.

“The UK Civil Aviation Authority’s safety directive will be in place until further notice.

“We remain in close contact with the European Aviation Safety Agency (EASA) and industry regulators globally.”

It comes as Lord Tunnicliffe spoke out as TUI had earlier said it would still use its Boeing 737 MAX 8 fleet, touted as the “most reliable aircraft in the world”.

It took delivery in December and plans to have a total of 32.

Asked if it would take any action in response to Sunday’s Ethiopian Airlines crash, the airline said: “We are, as always, in close contact with the manufacturer. We have no indication we can’t operate our 737 Max in a safe way like all other planes in our network.”

TUI assured passengers that safety was its priority.

At least nine Britons were among 157 killed when the Ethiopian Airlines jet crashed six minutes after take-off on Sunday with no survivors.

In October the same 737 MAX 8 model was crashed in the Lion Air tragedy in Indonesia killing 189.

Lord Tunnicliffe, who flew previous models of the Boeing 737, urged the Government to stop the jets flying.

He told Transport Minister Baroness Sugg: “In my day we had a rule – if it can go wrong, it will go wrong. The industry seems to have lost sight of this. Initial reports strongly suggest the latest crash is related [to the Lion Air crash].”

He added: “What will the Minister do? Can she explain why the Government is not taking immediate action to ground this aircraft until they have had a satisfactory explanation of the crash?”

Baroness Sugg said the Civil Aviation Authority is working with the European Union Aviation Safety Agency “and any decision to ground flights is best taken at an international level”.

Norwegian airline, which serves Manchester, Gatwick and Edinburgh, has 18 MAX 8 jets. But China, the Cayman Islands, Indonesia, South Africa and Ethiopia have grounded theirs. China said the crashes “have some degree of similarity”.

Lynette Dray of the University of Central London said of China’s decision to ground its MAX 8 fleet: “There’s just not enough information available yet to say definitively whether it is justified.”

The flight data recorder and cockpit voice recorder have been recovered from Sunday’s wreckage. Investigators said the Lion Air crash pilots had appeared to struggle with a new automated anti-stalling system.

Boeing warned airlines of a problem and is due to release a software update.

The CAA said it is “liaising with the European Aviation Safety Agency”.

We’ll be bringing you the very latest updates, pictures and video on this breaking news story.