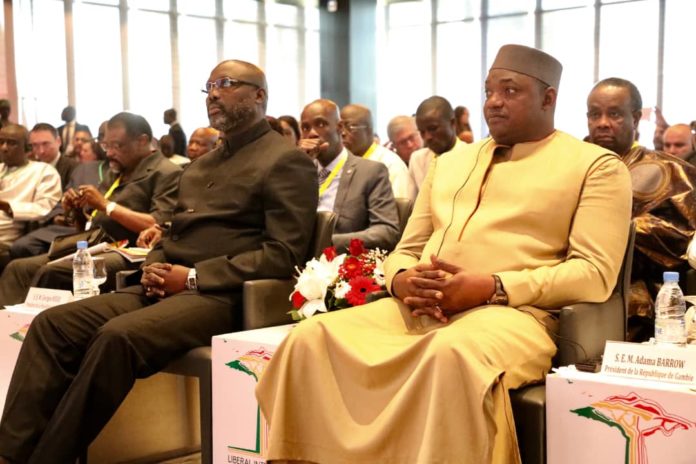 He said Africa has progressed with democracy by allowing the voices of the people heard.  President Sall called for inclusivity and economic advancement in Africa while promoting solidarity amongst liberals.  He made emphasis on fighting against inequality and to promote unity, while he highlighted the importance of trade for economic growth and for Africa to have the right price for its products.

The Senegalese President was optimistic that if Africa develops its economy, adhere to democratic values and good governance, it could address migrations amongst its young people, tackle violence against women and children as well as ensure effective participation of women in politics.

In his conclusion, President Sall further encouraged respect for constitutional reforms regarding two-term limit for Presidents and urged liberals to continue to commit to the values of democracy and good governance.  He recognized the crucial role former President, Maitre Abdoulaye Wadda played in taking leadership to promote liberalism and
thanked the organizers under the leadership of Mr. Juli Minoves.  President Sall urged them to revisit the Liberal agenda under the global climate of terrorism and other challenges to maintain liberalism and solidarity.

During the visit in Dakar, President Barrow and his colleague Heads of State from Mauritania, Liberia, Cote D’Ivoire, and the Prime Minister of Guinea Bissau also witnessed the investiture of His Excellency, Macky Sall as the Presidential candidate for the Alliance Party for the Republic – “Benno Bokk Yaakaar” for the February 2019 elections in Senegal.

Investment in agriculture, education, security, and good governance were highlights of the Senegalese national policies. Several landmark infrastructural projects, as well as the economic outlook and efforts to improve the quality of life of the people with services such as electricity and telecommunications,  caught the attention of delegates.