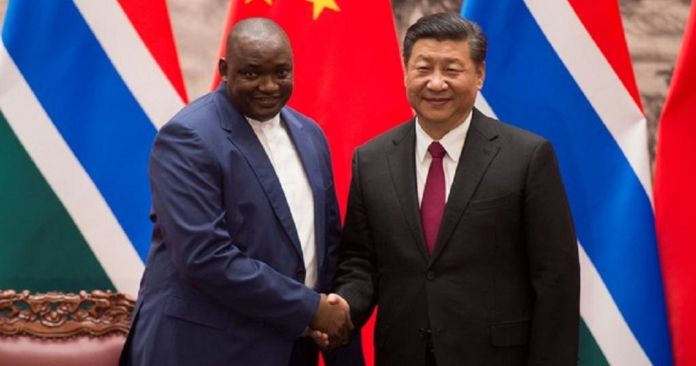 President Barrow visited China in December 2017 and was asked during an interview with CGTN why the One-China policy was so strategically important to The Gambia.

Gambians ridiculed the president’s performance with some suggesting he didn’t understand what the One-China policy was about.

Mr Barrow presided over the inauguration of the IOC conference centre on Saturday where he hailed China as “one of our strongest partners”.

“Evidently, the People’s Republic of China is one of our strongest partners. With them, we will continue to explore new frontiers, ranging from cultural exchanges to trade and investment expansion through a South-South Cooperation framework,” the president said.

On the One-China policy, he said: “Bilaterally, my government will continue to work with the Chinese Government and remain supportive of the One-China Policy.”

The “One-China policy” is a principle that says there is only one sovereign state under the name China and that’s the People’s Republic of China.

Taiwan has been fighting for total breakage from mainland China and has its own name, Republic of China. The One-China policy seeks to check Taiwan’s fight for total independence and the use of the name ‘China’ as part of its official name.