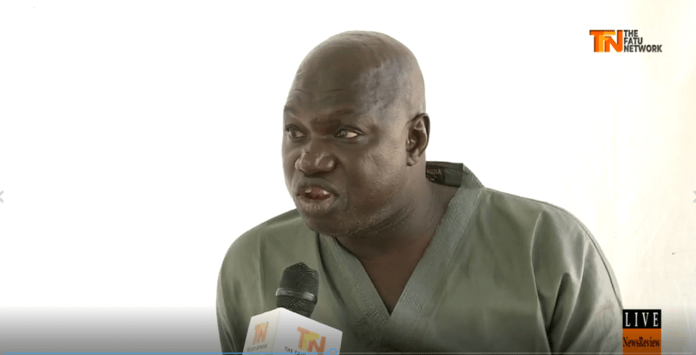 The former senior administrative secretary of APRC has accused President Adama Barrow and his government of seizing his vehicle.

“My vehicle since Jammeh left was seized from me [by] Adama Barrow and his government. Maybe they have the power that’s why they seized the vehicle from me. It was the APRC secretariat vehicle. Twenty-two years, can you to tell the Gambian people the APRC cannot have even a bicycle? When the coalition government came within six months we have seen coalition vehicles, fleets of pickups plying everywhere. So that’s why we are saying it’s a power exercised on us,” Bakary Jaiteh alias Field Marshall General Bakso told The Fatu Network’s Omar Wally on Thursday.

The APRC enthusiast made headlines this week after announcing he has left his position as the senior administrative secretary of APRC over ‘personal problems.’ He has also left his role of a national executive member as well as a signatory to the party’s account.

He said: “Two days back, I happened to tender my resignation on three positions; the signatory to the account of APRC, the senior administrative secretary of APRC and also national executive member of APRC.

“But I’m [still] APRC because I’m a founding member of APRC. At times internal problems can force you to tender but it’s possible if the internal problem is solved Bakso might come back to these positions. There are no problems as far as national executive is concerned but personal problems.”